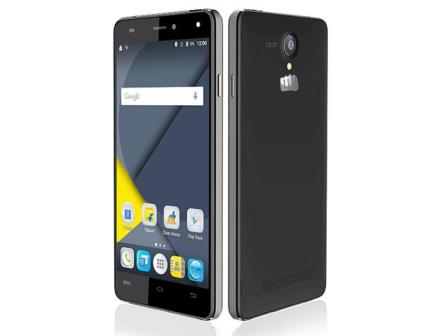 Micromax has launched a new the Canvas Pulse 4G smartphone in India. The 4G smartphone has been priced at Rs. 9,999. The smartphone is available for purchase only from Flipkart. This smartphone comes in the affordable range with some good features. You can check the features below.

The Micromax Canvas Pulse 4G comes with a 5-inch HD (720×1280 pixels) display. It is backed by a 2100mAh battery. The device can be bought in Black colour shade.

The smartphone is driven by a 1.3GHz octa-core MediaTek (MT6753) processor . There is a monstrous 3GB of RAM to drive all your tasks swiftly. There can be good gaming too. The device offers 16GB of inbuilt storage to store your stuff. The storage can be expandable up to 32GB  via microSD card. It has built in accelerometer,ambient light sensor, magnetometer, and proximity sensor. On the software front, Android 5.1 Lollipop out-of-the-box powers the various functions in the Canvas Pulse 4G handset

It sports a 13-megapixel rear autofocus camera with LED flash. There is  a secondary 5-megapixel front-facing shooter, which can used for taking selfies and making video calls.  The connectivity features of the Micromax Canvas Pulse 4G include 3G, GPRS/ EDGE ,GPS, Wi-Fi 802.11 b/g/n, Bluetooth and  Micro-USB.

Airtel will provide 4G double data offer for a period of 6 months .

Xiaomi has launched Redmi Note Prime smartphone in India. The smartphone has been priced at Rs. 8,499. You can purchase the smartphone exclusively via Amazon India and Mi.com. The Xiaomi Redmi Note smartphone has a 5.5-inch IPS display with a 720×1280 pixels resolution.  It has dimensions 154×78.7×9.4mm and weighs 185 grams. A 3100mAh powers the device. . Xiaomi had launched the Redmi Note 3 smartphone in China  in two variants 2GB RAM with 16GB inbuilt storage variant  and 3GB of RAM with 32GB inbuilt storage variant. The Redmi Note Prime runs Android 4.4 KitKat-based MIUI 7 in its veins.. The Xiaomi smartphone is powered by a 1.2GHz quad-core Qualcomm Snapdragon 410 processor. There is 2GB LPDDR3 of RAM loaded inside. The smartphone  offers 16GB of inbuilt storage, which can be expanded up to 32GB via microSD card. There is a 13-megapixel autofocus rear camera with LED flash for clicking high quality and bright pictures. The device also features a 5-megapixel front-facing shooter. Connectivity features of the handset include  GPRS/ EDGE, 3G, 4G, Wi-Fi 802.11 b/g/n with hotspot,Bluetooth, GPS, Micro-USB 2.0 and USB-OTG