Samsung Announces The “Innovative” Galaxy Round

Well, we all are aware that this techno giant has launched products that have caused a great ripples in tech world time after time and this time it is the pretty round shaped Samsung Galaxy Round, arriving his week. Sporting a unique rounded design with a flexible 5.7” Full HD super AMOLED display, Galaxy Round is the latest entry to the South Korean manufacturer, Samsung’s flagship Galaxy series. So, is Samsung smiling at you? 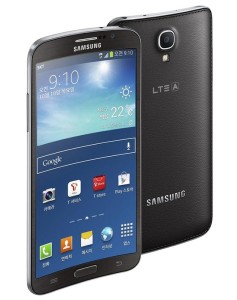 There has been a great buzz since a few bits of news made its way through leaks and surfaced on the web about Samsung’s new device. Now given that the specs are official with an official video teaser released earlier, let’s have a clean look at its features.

The most notable one is its innovative round shape, something, I swear, I deeply anticipated in a phone. And this curved shape is itself going to a godsend, since the shape shall allow for better handling as well as a gateway to a new breed of motion controls, already dubbed as the “Roll Effect”.

Powered by a quad-core Qualcomm Snapdragon 800 processor clocked at 2.3 GHz, with 3GB of RAM and 32GB of internal memory and a micro SD card slot for memory expansion (up to 64GB), Round shall ship with the latest version of Android – “Jellybean v4.3” out-of-the-box along with a plethora of other apps and services, such as Samsung KNOX, Samsung Link, Screen Mirroring, S Voice and S Health.

The device will also feature will feature a 5.7” Full HD Super AMOLED providing high definition viewing experience right at your pocket. To go along with its trendy, handy shape, its lightweight – only about 154 grams, with batteries included and thin – about 7.9 mm! So the Round is going to accompany as your companion wherever you go.

And talking about the “Roll Effect”, it is, without argument, just an awesome feature, because a great number of tasks is going to be as simple as just tilting your phone. Such as switch music tracks by just tilting to right or left, checking missed calls or messages etc. Apart from that, the Side Mirror shall also allow users to change photos and videos. For heavy multi-taskers, the device includes multiple window feature enabling you to keep multiple app windows open, all stacked side-by-side neatly. So no more shuffling between notes and the browser.

Samsung has revealed that the galaxy Round shall come in Luxury Brown. As per now it has only been lauched at South Korea with a price-tag of about 1.08 million wons that is about $1000, somewhat akin to iPhones.

Karbonn Graces the Mobile Market with a Couple of Affordable Smartphones