T-Mobile All Set to Roll Out Android 4.3 for HTC One 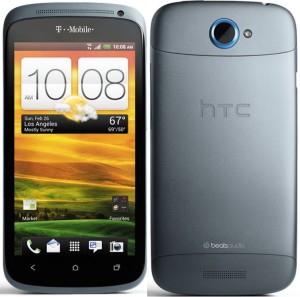 The US based HTC Team is leaving no stone unturned for providing the latest firmware updates to the flagship HTC One and now the other eminent carrier in US T-Mobile is geared up to do the same. We mean T-Mobile is ready to update its HTC One models to the latest Android 4.3, after some of the US carriers did with the same. We don’t say so. This is the revelation by Mr. Jason Mackenzie, the president of HTC America.

This time also Jason Mackenzie took the help of Twitter to make the announcement. What we hear, if T-Mobile and HTC will remain firm to their confirmation & by the end of this month will bring the Android 4.3 update for HTC One. To make the fact more clear, the T-Mobile HTC One users can download and install the latest firmware to their device October 21st onwards.

However the roll out of the latest firmware was expected earlier according to the tweet of Jason Mackenzie made on 15th of October, “we received certification today 0n 4.3”. Though he had confirmed to roll out the update within a few days, but seems some innate issues delayed the release up to 21st October.

Before also we have informed you that some of the US carriers such as At&T, Sprint, & C Spire have already received updates for their HTC One flagship and T-Mobile is the one to line up for the next. However Verizon, the other ace Mobile Carrier is little late to cope up with the same.

Well, herewith we must make you recollect that HTC One is the flagship model that boasts of an imposing 4.7-inch full HD Super LCD3 display, a quad-core 1.7 GHz Snapdragon 600 CPU with a Snapdragon 600 chipset. It too supports an Adreno 320 GPU and 2 GB of RAM with 32 GB of in-built memory. Its 4 MP UltraPixel camera support for [email protected] video recording and that’s what makes your moments special.

So, T-Mobile HTC One users, now it’s your turn to wait for 21st October if you are desperate to get the latest firmware update for your device.

Nexus 5 White Flaunts a While From the Retail Box, Details confirmed