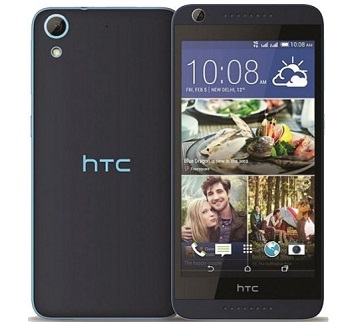 HTC has brought variation in the price point of its recently launched Smartphone HTC Desire 626. To attract the attention of users towards this device, HTC has reduced the price point up to Rs.1000. So the Smartphone that was launched on Friday now will be made available at Rs.13, 990. The price was reduced on Tuesday and on the same day HTC also reduced the price of the HTC Desire 728 Dual SIM in India by Rs. 1000. Now the HTC Desire 728 Dual SIM will be made available at Rs. 16,990 instead of Rs. 17,990.

Now you might wonder why HTC reduced the price of these two devices and most importantly of the HTC Desire 626 Dual SIM handset that was launched just a few days ago. So here we would like to tell you that the Smartphone’s price was reduced not because of its features or specs, but because of attracting more customers. Rather, the HTC Desire 626 Smartphone is soon going to be made available in Blue Lagoon and White Birch colour variants along with major retailers.

HTC rolled the all new Desire Eye in EMEA, Asia &…

Now moving to the different hardware specs of the HTC Desire 626 Smartphone, it supports a couple of Nano SIMs with a 5-inch HD display with 720×1280 pixels resolution. The Smartphone comes powered by a 1.7GHz octa-core MediaTek MT6752 processor and supports 2GB of RAM with 16GB of onboard storage and it can further be extended upto 32GB using a microSD card. The Smartphone features a 13Mp rear camera with a number of camera features such as LED flash, face detection, panaroma, geo-tagging, best shot, smile shot, and HDR etc. Similarly, the front 5Mp camera with BSI sensor.

Connectivity options of the HTC Desire 626 Smartphone are 3G, Wi-Fi 802.11 b/g/n, Micro-USB, A-GPS, 3.5mm audio jack, DLNA, GLONASS, and FM radio whilst it packs a number of sensors such as accelerometer, ambient light, and magnetic sensor. For power backup, you will  find a 2000mAh battery in the Smartphone and it too supports 4G LTE.  The handset measures 146.9×70.9×8.19mm and weighs just 135 grams.

So, if you are interested to purchase the Smartphone, then you can just wait for the coming week. Soon the handset will be made available via some major carriers in the said color variants.