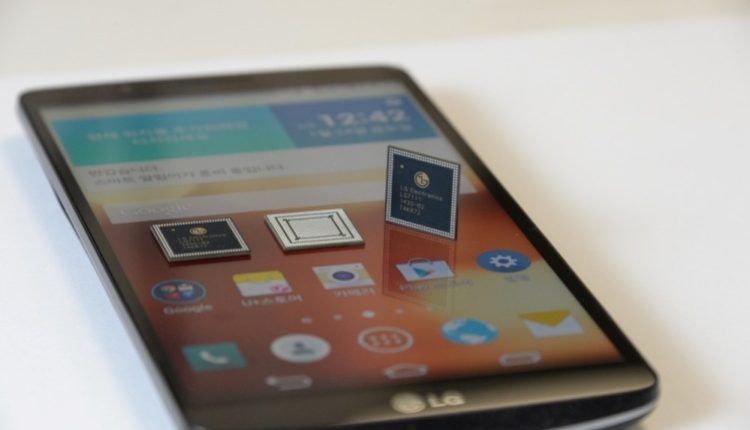 LG has launched the G3 screen smartphone with its first mobile application processor, called Nuclun. The G3 Screen smartphone is being offered in Black and White colour variants. Speaking on the launch, Dr. Jong-seok Park, president and CEO of LG Electronics Mobile Communications Company said that the Nuclun opened up a new chapter in LG’s history of innovation in the mobile industry. With that in-house solution, they would be able to achieve better vertical integration and further diversify their product strategy against stronger competition. Nuclun would give tehm their greater flexibility in our mobile strategy going forward.

The LG G3 Screen sports a 5.9-inch full-HD (1080×1920 pixels) IPS display. The smartphone has got dimensions 157.8×81.8×9.5mm and weighs 182 grams. It is powered by a 1.5GHz quad-core ARM A15 + 1.2GHz quad-core ARM A7 octa-core Nuclun processor. Nuclun is the the first mobile application processor (AP) from LG that sports an octa-core processor (with four Cortex-A15 cores, and four Cortex-A7 cores) apart from ARM’s big.LITTLE core management technology. The nuclun also supports LTE-A Cat.6 network which provides a maximum download speed of up to 225Mbps and also works with the current available  LTE networks .The G3 screen features 2GB of RAM. It offers 32GB of inbuilt storage space which can be further expandable using a micro SD.

The smartphone runs  Android 4.4.2 KitKat and also inherits some  features of  UX from the G3 smartphone like the Knock Code, Touch and Shoot feature, Gesture Shot and QuickMemo+. The smartphone sports a 13-megapixel rear camera with OIS+(Optical Image Stabilisation) and LED flash, there is also a 2.1-megapixel front facing camera. The LG G3 Screen packs a 3000mAh removable battery inside

LG says that the LG G3 Screen smartphone has been developed specifically for the Korean market . The pricing of the G3 Screen smartphone has not been revealed yet. The LG G3 Stylus was recently launched in India at a price of Rs 21,000. The LG G3 Stylus features a 5.5-inch qHD (540×960 pixels) IPS LCD capacitive touchscreen display .The G3 Stylus features the same Floating Arc design inspired from the LG G3, it gets gradually tapered edges, thin bezels and metallic skin back cover. It has dimensions 149.3×75.9×10.2mm and weighs 163 grams. The  LG G3 is powered by a 1.3GHz quad-core processor and Mali-400MP2 GPU. It comes clubbed with 1GB of RAM. The smartphone offers 8GB of inbuilt storage which can be expandable using micro SD card. The LG G3 Stylus runs the Android 4.4.2 and it Dual SIM connectivity.

Lenevo Rockstar A319 with Dolby Digital Plus Audio launched in India

The Importance of 5G Connectivity, Explained in a Video from Samsung