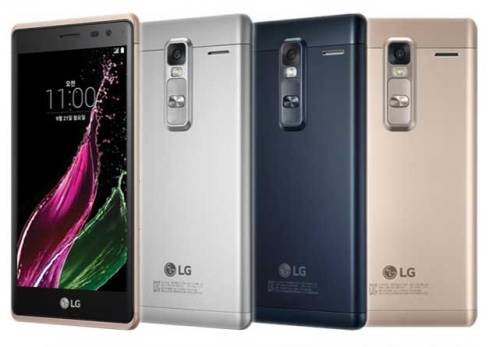 The company has now revealed LG Zero which will be available globally. The LG Zero smartphone will hit the markets in Asia,Europe, and Latin America. Customers will get the choice to select between Gold and Silver colours. Sadly, we have no official reports from LG about the pricing of this new smartphone. This smartphone is expected to be priced somewhere between Rs 15,000- Rs 20,000

The LG smartphone comes covered in a metal body. You will get the  power and volume buttons on the rear panel.  The smartphone has  LG logo on front and back panels. The LG Zero smartphone bears a 5-inch HD (720×1280 pixels) IPS display with  a pixel density of 294ppi. The Zero looks slim with an Arc Glass design at the edges. It has dimensions 142×71.8×7.4mm and weighs 147 grams. The smartphone is kept alive with a 2050mAh battery.

The LG zero smartphone is driven by a 1.2GHz quad-core processor coupled. It is being expected that the chipset will be a Snapdragon one. The LG- the Zero is loaded with 1.5GB of RAM . The handset offers 16GB of built-in storage to store your music,vodeos, apps and other stuff. There is support for expandability up to 200GB via microSD card The LG Zero handset works on the Android 5.1 Lollipop. There are no details about the Android 6.0 Marshmallow update.

The LG device comes with a 13-megapixel camera on the back. The camera is supported with LED flash for clicking crisp and bright images. The smartphone supports FM radio recording feature while also featuring a 1W speaker. The phone also owns an 8-megapixel front-facing camera for clicking good quality selfies. The LG Zero supports 4G LTE, 3G, Wi-Fi 802.11 b/g/n, Bluetooth 4.1, GPS, NFC, and Micro-USB to help you and your device to connect to the world.

A Obi Worldphone SF1 was launched with a 5-inch Full HD IPS display. The screen features Corning Gorilla Glass 4 coating for protection against scratches. It is backed by a 3000mah battery at the backand features  Quick Charge 1.0. On the software front, the phone works on Android 5.0.2 Lollipop OS. There is a mighty 1.5 GHz 64-bit Octa-core Snapdragon 615 processor for carrying out heavy tasks on the device. As for the RAM and storage options, you get to choose a 2GB RAM/16GB ROM or a 3GB RAM/32GB ROM.

Vivo X6 and X6 Plus launched in China