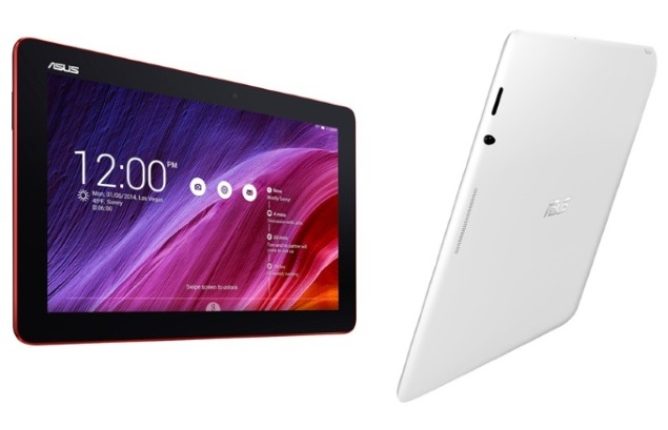 This tablet is available in a Wi-Fi variant only and there is no SIM slot available. The tablet sports a 2-megapixel  camera on the back and there is also a  0.3-megapixel front facing camera. There is also a option of 5 MP camera on select models. The Asus MeMO Pad 10 (ME103K) runs Android 4.4 KitKat out-of-the-box. ASUS is also offering 5GB of lifetime ASUS webstorage space along with an additional 11GB for the first year to the customers. The Connectivity options on the MeMO Pad 10 (ME103K) include GPS, GLONASS Wi-Fi, Bluetooth 4.0 and Miracast. The MeMO Pad 10 (ME103K) packs a 19wh battery.

Asus MeMO Pad 10 (ME102A) was launched last year. The model had a 10.1-inch IPS display with a 1280×800 pixels resolution. It was powered by a  1.6GHz quad-core processor coupled with 1GB of RAM . The tablet offered 8GB and 16GB internal storage variants with expandable support upto 64 GB via microSD. The tablet got a 2-megapixel rear camera and a 1.2-megapixel front camera.

Asus had rolled out its Strix brand of gaming peripherals and accessories in India that include 2 new gaming headsets (Strix Pro and Strix DSP), a mechanical keyboard (Strix Tactic Pro), 2 gaming mouse pads (Strix Glide Control and Strix Glide Speed), and an optical gaming mouse (Strix Claw). The Strix Claw gaming mouse is  priced at Rs. 3,570, The Asus Strix Tactic Pro is priced at Rs. 7,250, Asus new gaming mouse pads – the Strix Glide Control and Strix Glide Speed  are  both priced at Rs. 850. The Asus Strix Pro headset is priced at Rs. 5,990. Asus is also rolling out 2 new tablets  the 8-inch Asus Fonepad 8 (FE380CG) and MeMO Pad 8 (ME581CL) in Malaysia. The Fonepad 8 (FE380CG) sports an 8-inch display with a resolution of 1280×800 pixels resolution. It is powered by a 64-bit Intel Atom Z3530 1.3GHz  quad-core processor coupled with 1GB of RAM.

The Importance of 5G Connectivity, Explained in a Video from Samsung

Media Tek has launched the all new chipset- the MT6753