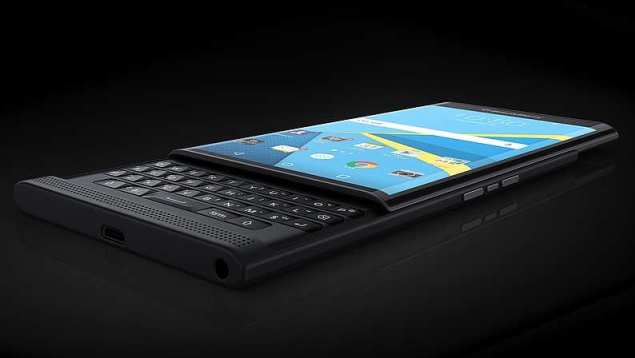 It is a happy moment for the BlackBerry Priv users. The device is getting receiving its first software update. Let us go through the changes being offered.  You will get a faster camera app. There are some improvements here. You can also enjoy photography in low light conditions  and you will get the 16:9 photo support in your device. BlackBerry is also bringing updates to a few of its Android apps. The Keyboard app will receive enhanced language support and new emojis and  there will be a notification option in  DTEK app to alert users when apps want to check into user info. You will get these updates from Google Play Store  from December 14th.There is also enhancement in the performance and stability segments . A lot of bugs have been fixed . There is more security to your risk prone Android device.

We know you are very excited to upgrade your device but before that please keep a note of the following before you download and install the update.

The Blackberry Priv’s OTA update has this week for customers who purchased the device through ShopBlackBerry unlocked models. The carrier branded smartphones will receive this update after a week. The update comes in a big size i.e 475MB.

For those unaware, Blackberry Priv was launched recently. We have mentioned the features of this device below. You can go through them.

The BlackBerry Priv features a 5.4-inch Oled QHD (2560 x 1440) display. A 3410 mAh battery fuels the smartphone. The battery is claimed to live up to 22.5 hours with mixed use. The handset also comes with a sliding  physical keyboard.

It is driven by a 64-bit Qualcomm Snapdragon 808 hexa-core SoC . There is 3GB of RAM powering the device. As for storage, the smartphone offers 32GB of built-in storage, which can be  expanded via a microSD card . The device works on Android 5.1 Lollipop out of the box.

The Blackberry Priv boasts an impressive 18-megapixel rear camera with optical image stabilisation capability and f/2.2 aperture. On the front, there is a  2-megapixel camera. The smartphone has   3G,NFC, 4G LTE, Wi-Fi,Bluetooth and Micro USB as its connectivity features.