The XXU1ANE2 KitKat Update for Galaxy S5 G900F is Here 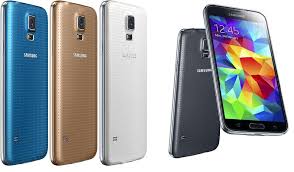 Samsung’s latest release Galaxy S5 has received an update to enhance certain features of the smart phone. For a smart phone with every feature of it as smart as the name, an update might not seem very conspicuous but this update surely tries to be so. This latest flagship of the Samsung smart phones presents a faster camera and gallery experience along with bringing along some much-required changes to the fingerprint sensor which has received a lot of flak right from its release. And of course there are these teeny-weeny changes under the hood, that have surely taken place with this update.

Rolled out for the international version of this Galaxy S5, carrying model number SM-G900F, this update has proven to a boon for most features of the device. It has been titled as G900FXXU1ANE2.  Along with ameliorating the fingerprint sensor, much revamping has also been done to the camera and gallery interface. It is now much easier to take amazing photographs with this very smart camera and the gallery apps also respond faster with this update.

It must be noted that the Samsung S5 camera is a 16MP shooter with ISOCELL sensor. This revolutionary sensor removes cross talks between pixels and consistently brings about an improved result in various settings which includes better color exposition in the image even in low light conditions.

The G900FXXU1ANE2 Android 4.4.2 update also comes with a number of bugfixes that polish up the performance of this already fine smart phone. This update has been rolled out and international version Galaxy S5 owners can also update their phones via KIES.

To know how to manually update your Galaxy S5 with this latest Android firmware, click here.

For further news and updates and rooting tips,never forget to visit our site.