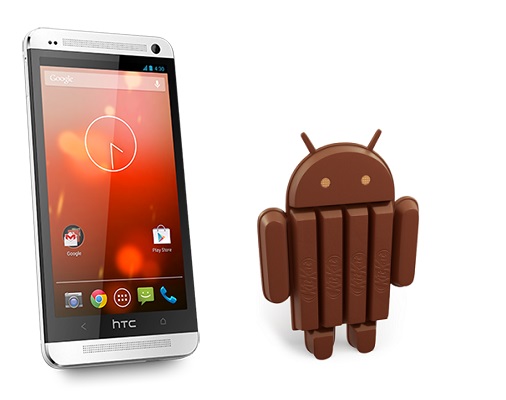 With the introduction of the brand new version of Android i.e. KitKat 4.4.2, while the Android world has turned the centre of attraction for all Smartphone manufacturers in one hand, conversely all of them are also trying to make their devices get updated with this latest version of update from Google to give their users a brand new Android experience.  In the process, the Chinese manufacturer HTC has also started rolling the Android 4.4.2 update for HTC One handsets in Europe and now the HTC One users have started receiving the same.

How to flash Android 4.4.2 MUBU0ANI3 Firmware to Samsung…

The latest update rolled out by HTC carries the firmware version 4.19.401.8 and occupies 308 MB space from your device. However, the update is being rolled in installments in the previous method and hence the users have to keep patience still the update hits their device. While the update is expected to reach every device by the end of this week, on the other hand we expect the task to finish even sooner. With this update your HTC One will get lots of augmented features and bug fixes. To get the details on the bug fixes and improvements, read the article here.

Among the major bug fixes, your HTC One will support Cloud Printing and Bluetooth Profiles, but will not support Flash anymore due in the stock browser. Also there will not be any major interface change witnessed on your device apart from the battery indicator on the notification bar (will look white) since HTC Sense is still at version 5.5. Android 4.4.2 Update for the AT&T, T-Mobile, Sprint & Verizon HTC One devices is also expected to roll out soon as the update is under certification and on that end the users can get further information on the official website of HTC.

The most important thing we forgot to mention is to suggest you for connecting your device to a WiFi network while undergoing the update since it’s of 308 MB and can use much of your mobile data during download.  Apart, you must go through the update ASAP to experience the superior features and those who have already updated their devices must let’s know what are the major bug fixes they acknowledge!

How to flash Android 4.4.2 MUBU0ANI3 Firmware to Samsung Galaxy Pocket 2