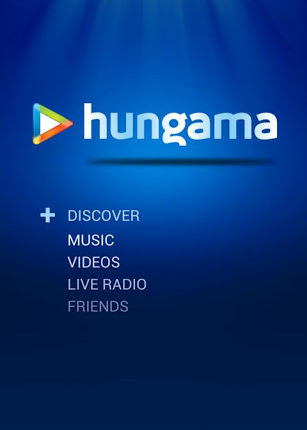 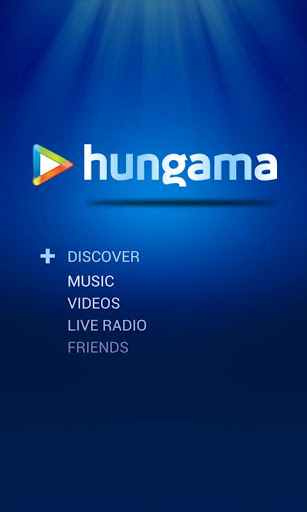 Hungama.com has been one of the preferred music portals for any kind of Indian Music including both Bollywood and regional (Malayam, Tamil, Telegu, Bhojpuri etc.). And recently a dedicated app called ‘Hungama – Free Bollywood Music’ has been launched by it especially for the users of Andriod, iOS and BlackBerry. The app can now be downloaded from the respective app stores at no cost. While there are other apps from the other online music web portals like Saavn and Gaana available previously, it would be interesting to see if the app could do well. Let’s find out more about the app.

Being a popular online music portal, Hungama indeed has a huge database of songs, which includes the songs of over 20000 artists, so you just look for the Artist Radio option and pick your preferred artist and start listening to his/her songs. The app includes a first of its kind loyalty program, which lets you earn points and later redeem them for rewards. All you have to do is all regular stuffs with the app like play music, create playlist, watch videos, share songs, invite friends etc. With all these activities you’ll get some points. Now whenever you want to redeem your points for reward just go to the ‘Redemption Store’ within app and exchange the point for a number stuffs including movie tickets, discount voucher, premium contents, dinner with film stars and so on. You could also be a lucky winner of an iPod.

The app comes integrated with social networking websites allowing you to connect and share the contents with your friends. You can also invite them to join the community and start chatting with them. The option that lets you connect with social networks is ‘My Stream’.

There are several categories of songs can be played such as Era, Mood Discovery, Genre, Language and Tempo. The category about which we would like to describe is ‘Mood Discovery’; this category comprises a number of lists of different songs to be in harmony with your mood. You can also create playlists and also look for other playlists and can save them both for later access. Get recommended songs similar to what is being played on the integrated music player. While playing a song you’ll get trivia, information and lyrics of it. You can even play music putting the app into GYM and SLEEP Mode. You can also download premium contents within the app.

You can now download the app visit Google Play store for Android, Apple’s iTunes Store for iOS and BlackBerry World for BlackBerry 10.