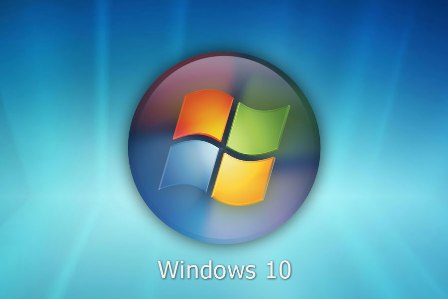 Microsoft has unveiled the new Windows 10, thrashing all the rumours about the new OS named Windows 9. It is officially Windows 10 now. Now the question arises where is Windows 9 ? We have no idea yet.  Well, when you are getting a Windows 10 then why should you look for a Windows 9. So with new Windows 10, Microsoft is confident that it will get back many users whom they had lost after the launch of Windows 8. Windows 10 will run on all devices from phones to servers and you will have to visit a single app store for you to download them. Microsoft says that this version is targeted at corporate use

The Start menu is back now on the new Windows 10 and its bolder than the one in Windows 7 and the previous versions. This start menu had vanished from the Windows 8 and we all know the result of this. We can say that the new Start Menu is a hybrid between the Windows 7 and the Windows 8. In the Windows 10 Start Menu you can find and search through your list of apps, programs, and utilities and at the same time, it offers  you to add tiled shortcuts to any Windows Metro apps of your choosing to the right of your apps and programs list. You have the ability to move the tiled shortcuts and re-size them whenever you wish to. You can easily swap out the tiled shortcuts to Metro apps for shortcuts to files, classic Windows folders, links to website etc. You can also shut down and restart your system from the Start menu.

Windows 11 Update rolled in India, Know the features and…

Microsoft Decimates Windows 10 Update that had been slowing…

Now, you can also Search from the Start menu also makes a return. Users who want to just simply for something by typing, they can do so via a text-based search field in the Start menu’s bottom left corner. The results will include those from the internet as well.

With the new Windows 10 you have the power to run multiple desktops on the same PC with the help of a new a feature called Task View. To do this first you have to open the Task View and then click on a icon having a black rectangle and a plus sign over it. These new desktops will be visible as individual tiles at the bottom of your screen. So you can enjoy multi tasking with the new Windows 10. The Snap function is also improved. Users can now drag the apps on the virtual desktop. Users will get helped by suggestions to fill up their screen .

Microsoft Decimates Windows 10 Update that had been slowing down PCs

Facing issues with your Windows 10 Computer? Here is how you can System Restore it