Nokia Shouts the Media outlets to ‘See What’s Next’! 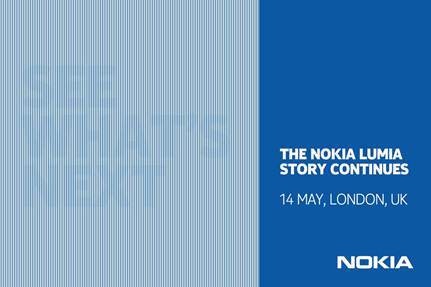 Nokia, the eminent mobile manufacturer has again grabbed the limelight giving a fresh, yet mystifying call to numerous Media outlets that says, ‘See What’s Next’. When there is ample cause why someone must get astounded with such deviated call from the giant manufacturer, we also were in confusion regarding the same. But what conclusion we landed on finally after many speculations, is perhaps it’s going to be a launching event by Nokia.

Then what the company is going to launch soon? Is it another Smartphone? Well, we guess it’s going to be the launching event of the New Nokia Lumia series as the invite says, “The Nokia Lumia Story Continues”. Teh event is scheduled to be held at London, UK on May 14. Before we had seen Nokia launching two major Lumia series Smartphones Lumia 520 and Lumia 720 into the market at MWC held in Barcelona, early this year.

Just have a look on the invite sent to all Media Outlets by Nokia. It does not reveal much of course. While the blue portion of the invite displays the tagline ‘The Nokia Lumia Story Continues’ along with the date and location of the event, the faded and blurred portion shows the phrase ‘See What’s Next’ which adds mystery to the factor. This is what makes us assume that perhaps the Company is going to add one or more chapters to its Lumia series devices.

So, now it’s time to go through your opinion. What you think? Is Nokia really going to make the mystery even with the launch of one or more Lumia Smartphones or it will be much rumoured Nokia tablet? Your confusion will be well answered with the announcement of Nokia in the 14th May event. So, stay tuned to us to get any further updations on the Nokia suspense, if appears any.

How to Unroot Samsung Galaxy S2 19100 to Return to Stock Firmware?