A New Firefox Comes Out of the Den! The fox has evolved and Mozilla has rolled out the latest version of its flagship product for desktop as well as Android devices with a cascade of new improvements and enhancements directed towards privacy, downloads and of course, the developers.

With the release of version 20, comes the much anticipated multiple window Private Browsing. Previously in Private Browsing mode you opened up a new window, while your current sessions was saved and closed which you could open after you’re done with private browsing. But now, with the new update you can open a new “Private Window” while your current session remains unclosed and uninterrupted, similar to what Chromium and it’s much known cousin, Google Chrome provides. For Android platforms, the security element is now customized per tab. You can now switch between normal and private tabs within the same browsing session. 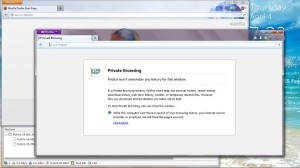 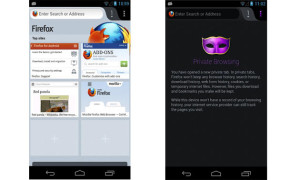 The addition of a new and improved Download Manager located on the toolbar, will help you to easily find, check and keep a track of all your downloaded stuff. For desktops, the full download manager window has been integrated into the libraries presenting a new cleaner look. Though it has some glitches, the full download history is set to be integrated with the history in the next release i.e., Firefox 21. 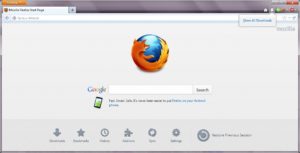 Tune Up Your PC – With Free and Simple Tools 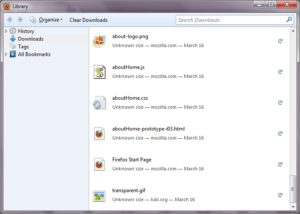 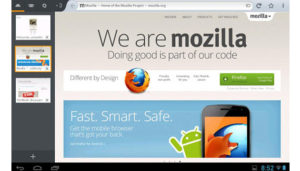 Another notable change in Firefox for Android is the disappearance of the quit button. This has been done to follow Android conventions. When you are done with your browsing, just tap the home button on your screen. But should you want more control, the QuitNow browser add-on is there to help. Also, the top sites in about:home are now customizable. You can now place any site of your choice in the top sites list.

That’s all was in user interface part, here comes some other stuff that has changed under the hood. Firefox 20 brings faster start-up times and other performance enhancements too. The start-up has become much faster as compared to the previous version. There have been some improvements with the shut down sequence too. For stability and security, the new fox now allows you to kill off unresponsive or crashed plugins without creating the irritating browser hang. It also brings a details button for crash reports for all those nerdy  hackers who may attempt to fix the issue and want to go deep into the code mess. This version also fixes a number of security vulnerabilities that might allow remote code execution. It also fixed the WebGL crash that occurred while running Firefox in Linux under MESA video driver.

For our Dev folks, the new fox brings additional APIs which includes getUserMedia enabling convenient access to device camera and microphone. In addition to this, it also brings a new toolbox with resources for hackers and coders. Moving closer to supporting the ECMAScript specification 6 (a.k.a. JavaScript), this version also brings a new clear() function and a Math.imul() function. In the HTML part, the <canvas> now supports blend modes. The Canvas Blend Modes gives the ability to customize existing images and applying a number of funky effects right from HTML or JScript code without editing the source image. The HTML <audio> and <video> elements now support Ogg chaining and playbackRate attributes.

Back in September 2012, Mozilla had rolled out a beta version for ARMv6 powered device. Now, it has finally introduced support for these chipsets present in devices such as Samsung Galaxy Next, HTC Aria and Legend. This has broadened it’s reach for about 50 million more devices. The mobile version has also lowered its requirements to 384 MB or RAM and also supports QVGA displays. THE Gingerbread and Honeycomb versions now also support H.264/AAC/MP3 hardware decoders (where available) giving you a smoother playback and video streaming.

While this is all that the new version 20 brings, it has a couple of pitfalls too. The new per-window private browsing breaks some add-ons and thus might leak your privacy. So be careful and update them as soon as possible. The next version fixes some of the issues and is scheduled to be rolled out next month. Meanwhile it is available as beta for testing.

You can download Mozilla Firefox for desktops from the official website and for Android devices, you can get it from the Play store.