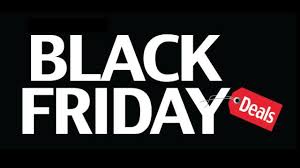 In our previous article we had covered amazing Black Friday Deals on Motorola Nexus 6, Nexus 5X and Samsung Galaxy S6 at Amazon. In this article we have brought the best deals on Google Store. Check them out guys, you can save a lot of money with these incredible deals on Nexus 9 and Smartwatches.

HTC Google Nexus 9 tablet comes with a huge 8.90-inch display with a resolution of 2048x1536p. There is a 6700mAh battery that keeps the device breathing. A 2.3GHz dual-core Nvidia Tegra K1 processor powers the HTC Google Nexus 9. The HTC Google Nexus 9 works on the Android 5.0 OS. There is 2GB of RAM inside for fast tasking. As for the storage options, you will have 16GB of non expandable internal storage. On the camera front,the tablet bears a a 8-megapixel camera on the back and a 1.6-megapixel front camera. The connectivity options of the Nexus 9  include Bluetooth, Wi-Fi, GPS and NFC.

The Huawei Watch sports a 1.4-inch AMOLED touchscreen with a resolution of 400×400 pixels and a pixel density of 286ppi. It packs over 40 built in watch faces. The device packs a 300mAh battery inside .You will get Fast Charging Support in this smartwatch. You can Full charge your device in just 75 minutes.  he Watch comes with built-in microphone. It is powered by a  1.2GHz quad-core Qualcomm Snapdragon 400 processor. You can store your stuff in the 4GB of inbuilt storage. There is 512MB of RAM for all your tasks. The smartwatch works on  Android Wear OS version 1.3 and has compatibility with Android devices (Android 4.3 and higher) and iOS devices (iOS 8.2 and higher). The smartwatch can be used as a fitness tracker with the help of the loaded heart rate monitor (PPG) and a motion sensor, The Huawei Watch is also equipped with gyroscope and accelerometer.

TheLG Watch Urbane features sports 1.3-inch circular Plastic OLED (P-OLED) display with a resolution of 320×320 pixels and a pixel density of 245ppi. The LG Watch Urbane has dimensions 45.5×52.2×10.9mm. It is backed by a 410mAh battery. The LG Watch Urbane has built-in Wi-Fi connectivity. The device is dust and water proof with IP67 certification. The Watch has a stainless steel body and a stylish  stitched natural leather strap. It is powered by a 1.3Ghz quad-core Qualcomm Snapdragon 400 clocked . It is loaded with 512MB of RAM (LPDDR2) and features 4GB of inbuilt storage. It is equipped with heart beat tracker( Photoplethysmogram (PPG) sensor), a 9-axis (gyro/ accelerometer/ compass) and a barometer.