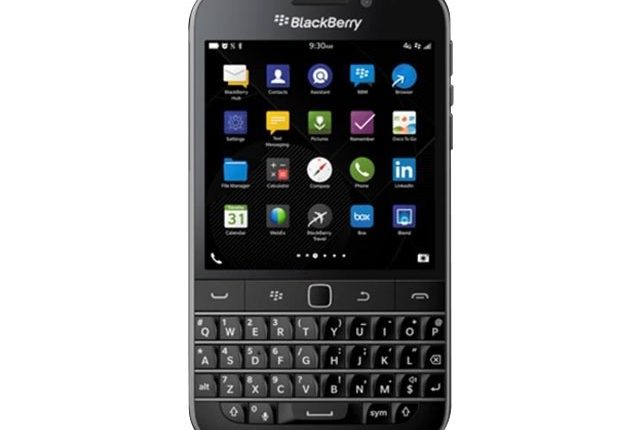 BlackBerry  has rolled out classic a smartphone. Blackberry is making an attempt to regain its market share with Blackberry Classic Qwerty phone. The blackberry Bold and Curve were their top selling Qwerty smartphones.

The new Classic from blackberry sports a 3.5 Inch capacitive touchscreen with 720x720p resolution. The smartphones also features an optical trackpad and classic navigation keys. The users will get a 35 key backlit physical keyboard. The smartphones has dimensions 131mmx72.4mmx10.2mm and weighs 178 grams. The blackberry classic is powered by Blacberry 10 OS. A 1.5 Ghz Qualcomm MSM 8960 processor powers the smartphone. It comes packed with 2 Gb of RAM. The Classic offers 16 GB of internal storage which can be expandable upto 128 Gb via Micro SD card.

The BlackBerry Passport was launched earlier. It has got dimensions 128×90.1×9.3mm. The Blackberry smartphone comes with a 4.5-inch 1440×1440 pixel resolution IPS LCD display having pixel density of 453ppi.  It also features a stylish hardware keyboard with capacitive touch sensitivity. This allows users to select auto-complete suggestions, perform gestures and scroll across lists. The BlackBerry runs the new BlackBerry 10.3  OS which gets the new Blackberry Assistant .The BlackBerry Passport features a 2.2GHz quad-core Snapdragon 801 processor with Adreno 330 GPU. The Passport comes loaded with 3GB of RAM and offers  32GB of inbuilt storage which can be  expandable upto 128 GB via  microSD card . The Passport sports a 13-megapixel rear OIS camera with a BSI sensor and also has a 2-megapixel front camera onboard . It packs a huge 3450mAh battery inside.