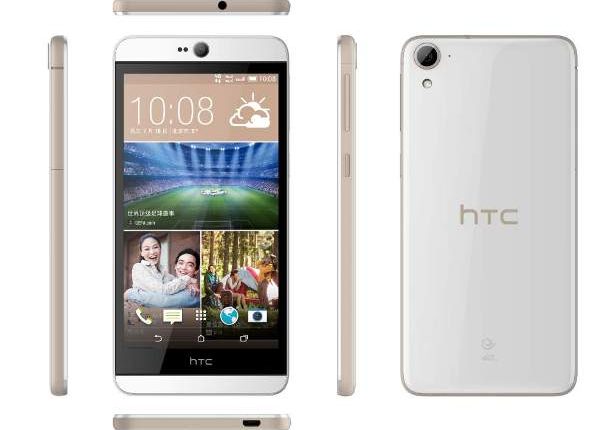 HTC has launched its Desire 826 smartphone in India. The handset was first unveiled in January during the CES 2015 event. The HTC Desire 826 features a 5.5-inch full-HD (1080×1920 pixels) display. The Desire 826 will be offered in two-tone colours that includes Blue Lagoon, White Birch, and Purple Fire.

The Desire 826 is powered by an octa-core (four cores at 1.5GHz and four cores at 1.0GHz) 64-bit Qualcomm Snapdragon 615 processor along with  Adreno 405 GPU. The device runs on 2GB of RAM. The handset offers 16GB of inbuilt storage which is expandable via microSD card. The HTC Desire 826 runs Android 5.0 Lollipop with HTC Sense UI skin on top.

Connectivity options on the Desire 826 smartphone include Wi-Fi, GPS/ A-GPS, 4G, Bluetooth 4.0, and Micro-USB. The handset is backed by a 2600mAh battery.  It sports a 13-megapixel (f/2.2) rear camera with 28mm lens, BSI sensor, and LED flash. There is also a 4-UltraPixelfront facing camera on the device for clicking impressive selfies.

HTC has unveiled a refreshed version of the One (M8) called the HTC One M8s The One M8s will be available in Glacial Silver, Gunmetal Gray, and Amber Gold colour options. HTC One M8s features the same all-metal curved body of the M8.  The device runs Android 5.0 Lollipop with the HTC Sense 6 skin out-of-the-box. The screen size is same too, it features a 5-inch full-HD (1080×1920 pixels) display with Corning Gorilla Glass 3 protection. Connectivity options on the handset include 4G LTE, GPS/ A-GPS, Wi-Fi, Bluetooth 4.1, and NFC.

Now, let us look as some of the big changes in the new M8s. We see that the engine of this device has been replaced, the One M8s is now powered by a a 64-bit 1.7GHz octa-core Qualcomm Snapdragon 615 octa-core processor. The battery capacity has seen an increase on the HTC One M8s, the device features a 2840mAh battery compared to the  2600mAh on the One M8. Talking about the camera features, we see a change. The new device sports a 13-megapixel duo camera. However, The front 5-megapixel camera has not seen any changes.  The HTC smartphone comes loaded with 2GB of RAM. The device offers 16GB inbuilt storage, which is expandable up to 128GB via microSD card.

The One M8s has been priced at GBP 379.99 (roughly Rs. 35,000), the unlocked HTC One M8s will be available starting April in the European region. There is no official report about the global pricing and availability of this device.

HTC One M8 Eye available for pre order in China at CNY 3,999