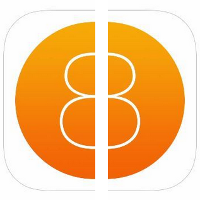 American multinational corporation Apple, perhaps the biggest name in the smart phone, consumer electronics, computer software and personal computer market, often gives a race of a lifetime to its counterparts. Just as we have settled with news of  iPhone 6 being queued to be the world’s thinnest handset, from what has been understood as latest industry reports, Apple may have decided to introduce the split-screen multitasking functionality for iPad users with the soon to be released iOS 8. Split screen multi-tasking seems a really interesting addition to the iPad which had so far had the capacity to display only one app on its screen. The lack of this feature had given its arch rivals many reasons to mock the iPad in the past.

The Apple iPad which has been a grand success among consumer tablets had stuck to its original grounds of simplicity by not providing the flexibility of split screen multitasking because the effortlessness of usage had been a great promotion point. But perhaps now it understands that its time to upgrade the device to keep par with its counter parts.

Well, it is good news for iPad users from the company that had a Malware stealing ID credentials from Jailborken iOS devices recently. This move will definitely result in setting an unchallengeable standard in Apple’s vision of future mobile computing.

Added to the facility of permitting two apps on the iPad to be run and worked on simultaneously, this particular feature is also allows two Apps to interact easily, reportedly. Users may have the freedom to share images, files, texts, videos, etc from one app to the other, for instance. It has also been said that Apple is working on developing capabilities for developers to be able to design apps that can interact with one another with the help of this new feature. [highlight]This can hint that Apple may be finally opting to enable ‘XPC’ support in iOS, which is an advanced inter-app communication. This can enable developers to design apps that could share content with one another.[/highlight]

This feature is believed to be designed keeping in mind a 9.7-inch iPad display. There are many other features that are being added to the iOS 8 other than the split-screen multi-tasking for iPAD. Also the split-screen multi-tasking feature is said to work only in landscape mode. This may also be hinting at a larger screen iPad launch by Apple somewhere in the near future.

Do let us know what you think of this development in the comment section below. We shall keep you updated on any further news about this. For more such news, smart phone launches and Android rooting and updating tips, keep visiting BlogZamana.

Apple all set to launch its First Online Store in India, Will be inaugurated this…