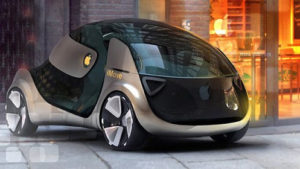 Creativity and Apple look synonymous to each other. In a techno freak world where the basic focus of every business organization limits within financial benefits, Apple has definitely created an example for others. To be frank, now the world is enjoying the creative tablet devices after getting the taste of iPad from Apple. You must have known about Apple’s plan of presenting the world with iWatches! No wonder, the company keeps this good work up.

However, the company at present, is abruptly following its legendary co-founder and CEO Steve Jobs. In fact, the legend’s final desire was to see Apple ruling the road and the company leaves no stone unturned to shape the dream of its Godfather. Steve’s final ambition was to design the ‘iCars’, which he had told to one of his associates at his death bed. Reportedly, Jobs had also told ‘The Times’ in a meeting prior to his death that he wanted to ‘take on Detroit.’

According to Daily Mail, Mickey Drexler, the longtime Apple board member and the CEO of J.Crew has also confirmed the report. He has confirmed that the news of Job’s dream to design an iCar is true. Drexler is confident that the concept of Apple car which mustn’t have even passed through the dream of many, can make a huge buzz in the American road.

However, it’s evident that Apple’s all time rival Google won’t sit quite having heard of Jobs’ dream. Rather, the report of Google already on process of preparing the blueprint of a self-driving car has created sensation among the onlookers. The concept of Google’s driver-less car has been heard quite often and it would evidently be a great revolution in the world of technology, if the duo techno giants stepped in materializing their dreams, making the world heave with their next generation products.

Download WhatsApp PLUS APK for Android with Holo Themes & Customizations