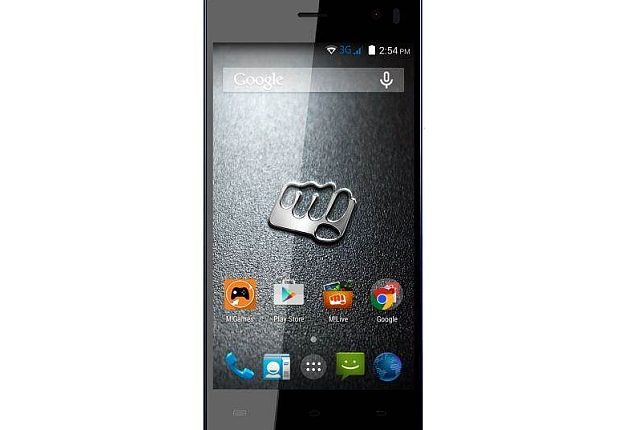 Michael Adnani, VP – Retail & Head – Brand Alliances, Flipkart said that Micromax is one of the most popular home-grown phone brands in India and they were happy to partner with them for the exclusive launch of the Micromax Canvas Xpress on their platform. A number of global brands had seen phenomenal success on Flipkart in the current year and they  were confident of continuing this trend

The connectivity features of this device include 3G,Wi-Fi,GPS,Micro USB and Bluetooth. The handset comes packed with A 1950mAh battery. This battery is rated to deliver 270hrs of standby time and 7hrs of talktime. The sensors built inside are Light Sensor, Gravity Sensor and Proximity Sensor.The micromax Canvas Express has been priced at Rs. 6,999. The smartphone will be exclusively available on Flipkart. The Aircel network users can now avail 500MB of free mobile Internet data per month for the first six months on their Micromax Canvas Express.

Micromax had launched a new Android tablet called the Canvas Tab P666. It is priced at Rs. 10,999. The tablet runs Android 4.4.2 KitKat out-of-the-box , It sports an 8-inch IPS display with a WXGA (1200×800 pixels) resolution. It is powered by a 1.2GHz dual-core Intel Atom Processor Z2520 along with 1GB of RAM. The Canvas Tab P666 offers 8GB of inbuilt storage which can be  expandable upto 32 GB via microSD card .