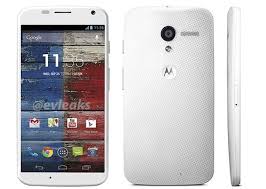 However, the Moto X at T-Mobile has by now started receiving the Android 4.4 KitKat update via Air and as usual the update is being sent to users in segments. If you are a T-Mobile Moto X user and is crazy for updating your device with the latest chocolate version of Android, then you must peep into the notification panel of your device. By far you must have received the update alert. If not received then you have to wait little more time since it will take some more time to reach your notification panel. Conversely, you can even search for the update manually after going though the Settings => About Phone => System Update and then checking for Updates.

The Android 4.4 KitKat update also brings a number of improvements and added functionalities to your device which include the new Phone Dialer with contacts search and frequently called contacts, superior Camera app with enhanced focus functionality, draw on photos, filter effects, advanced cropping and new photo editing features for the Gallery app, the “Find my Phone” feature for Touchless Control that allows you to find your hidden phone with a call(for instance: say “OK, Google Now-find my phone” and your device will ring loudly to inform you about its current location if misplaced somewhere nearby), SMS/MMS support for Hangouts, NFC Host Card Emulation, and numerous other improvements.

So if you are one of the T-Mobile Moto X users who have already updated his device with the latest Android 4.4 KitKat version, then don’t forget to inform us about the other major changes you witness in your device.