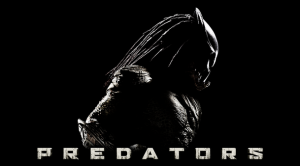 The iconic Sci-fi Film “Predators” has already landed on Google Play. The Hunt has begun and you are the predator to knock down the nine deadliest human beings. The mercenaries, assassins, death-squad soldiers, cartel enforcers, black ops snipers and many more are your targets. Your mission is to hunt them and live till end. Just prove yourself the ultimate Predator. If you have got Xperia Play or any NVIDIA Tegra processor device then you can experience the game in way never experienced. Download the game from the below link.

Predators Android game app is developed by Angry Mob games who, presented other bloody games. The developer has stuffed three ferocious Predators who are the powerful and exterminate your clan. Keep away the deadliest killers from earth, not only the humans but also other predators. These predators will stop you to achieve your goal.

Do you remember the high tech weapon the predator used in the film? Yes, the stealth mode that has chameleon like transparency and scans his enemies with thermal vision. When he finds his enemies, in fraction of second the attached big gun on his shoulder shoot down and kill the guys. Like wise in this android game exactly the same happens and you get to use all that. You can use long-range cannons, lethal Smart Discs, Razor Whip, the sadistic Net Gun, and of course your deadly wrist-blade and spears.

In this Predators Android game app you will get 31 intense campaign modes. Just enjoy the game as predator in jungle and achieve the goal. For more gaze through the video below and share your view on this android game.

The Predators Android game app is available for Android Froyo and higher version. It is recommended to play the game on Android Tablets for more fun. It is available in paid version in Google Play store for $2.99 (160.98 INR). It requires 105 MB space to get downloaded.

Have you tried the game yet? If not then download it from here and kill the bloody aliens and accomplish your dream of using alien technology.