Samsung Galaxy Note 3 available in Amazon for $199.99 with Two-year Contract 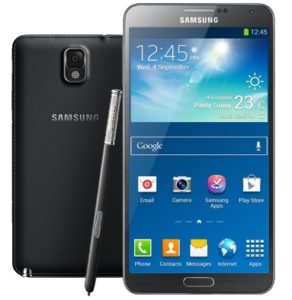 Samsung Galaxy Note 3 and that for only $199.99! You might get little bewildered. But the news is true. In fact, the exclusive offer has been brought to you by Amazon, the other leading carrier in the US. But the offer includes certain terms and conditions i.e. you must be a new customer to Amazon and second you must sign a two year contract with Verizon to put hands on the Note 3 device. But if you are an existing customer of Amazon, then you can take hold of the device only for $229.99. We hope, both the conditions sound great. Isn’t it?

How to install Android 7.0 Nougat T819XXU2BSA1 Firmware on…

Returning to the Samsung Galaxy Note 3, we would like to make you recollect that it’s one of the most versatile Smartphones in the present market scenario and hence grabs the first attention of all. The device boasts of a Super AMOLED 5.7 inch HD screen along with a quad-core Snapdragon 800 chipset with quad-core 2.3 GHz Krait 400 CPU and Adreno 330 GPU. It supports 3GB of RAM with 32GB of internal flash storage which can be extended using a microSD card.

The device features a powerful 13MP rear camera and a 2MP front cam for giving you superior on-cam experience. It carries almost all connectivity features like LTE, NFC, IR Blaster, Micro USB 3.0 and all WiFi standards. The phablet runs on Android 4.3 Jelly Bean OS and is powered by a 3,200 mAh battery.

So, what about you guys? Are you ready to put hands on the dear to all device? Or are you already ahead of us placing an order for the same? Feel free to share your views with us.

Samsung Galaxy Round Listed for Pre-order in the US, Costs Almost $1100!

How to Unlock Bootloader on Samsung Galaxy Smartphones