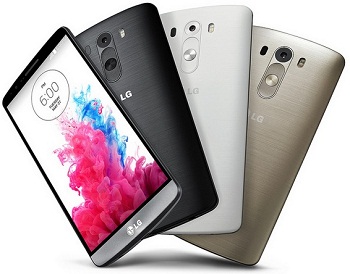 LG G3 is one the globally awaited Android Smartphone devices which has only been launched in Korea. While the device is eagerly awaited in the other parts of the globe yet to be launched, I today here come with the rooting procedure of the Smartphone that will assist the users to get absolute root access to their device along with the freedom to download and install both rooted apps and custom ROMs in their Smartphone. Since the Smartphone is one of the most awaited devices in the current market scenario, I expect this article will help the users a lot to root their LG G3 device. But before initiating the rooting process, you need to ensure that your device full fills certain requirements essential for the rooting process. Don’t forget to take a quick look on the same.

Double check the device name and model before starting the rooting process. This guide is only meant for the said devices and using it in other devices might corrupt or brick your device. Apart the procedure is only meant for the Windows users and not Mac users. Any damage or brick of your device is not the responsibility of BlogZamana, so do rooting very carefully. In case you fail to root then share your views in comment area.

After download and install the latest version of SuperSU app on your Smartphone from Play Store. Now the rooting process has been successfully completed. In case your device gets struck in the boot loop situation, start everything from the first again after rebooting your Smartphone.

Hope this article will be of great use to you. In case, you face any other major issue which is difficult on your part to solve get back to me via the comment section and I shall come out with a solution for you.

Apple iOS 8 again on headlines: Beta 3 set to be released on July 8