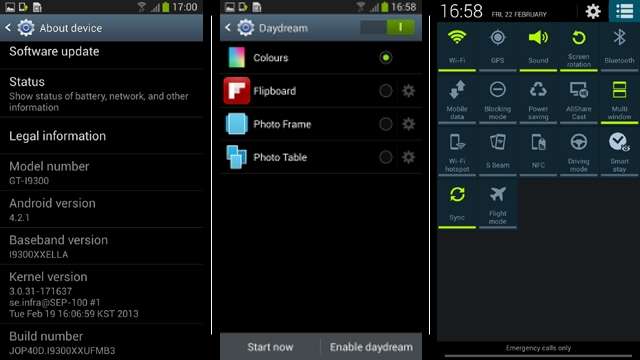 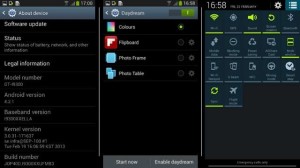 Samsung Galaxy S3 again brings the update and its official update built of Jellybean 4.2.1 firmware. This is the more stable version dubbed as XXUFMB3. Well, this update brings few fixes and its not any custom ROM. The release is directly from Samsung and since its an official update there is revoking of root access. The device user has to root its Samsung Galaxy S3 again based on XXUFMB3 firmware.

There are few change logs we told you before and that includes fixation of ripple effect on lock screen. The new lock screen and widgets added with new Daydream. This Daydream can be got from settings> display. In addition to this improved notification and voice command control added. These were the features stuffed in the new update. And now follow the requirements and procedure to officially update the Samsung Galaxy S3.

If your device stuck in the boot animation then take off the battery immediately and again put inside to start in normal way.  In this way your Samsung Galaxy S3 will get updated officially with XXUFMB3 firmware. If you have any qualms then do consult with us through giving comments.