Via to Place Your Order for Apple iPhone 6, 6 Plus in US, UK, Germany, France and Japan 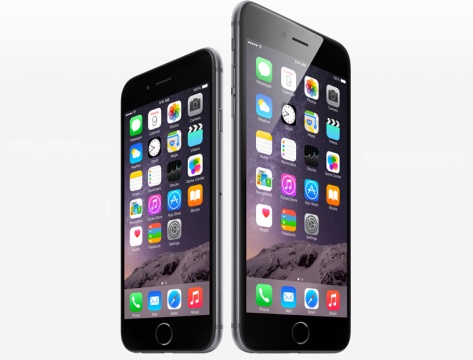 Well Readers! You must have recollected that in one of our previous articles we had introduced you to the biggest two new upcoming iPhone devices from Apple, the iPhone 6 and iPhone 6 Plus and told that the two device will be made to public in the US, Australia, Canada, France, Germany, Singapore, Hong Kong, Puerto Rico, UK and Japan staring from September 19. Right? Then now time has come that we would let you know the medium using which you can place your orders for the two iPhones. But unfortunately we have only the info for the users living in the US, UK, Germany, France and Japan. Anyways, soon we shall get back with the mediums for users of the other countries also. Since the most carve for the couple of device is witnessed in the United Kingdom and United States, so we would like to start with these countries first.

iPhone 6 and 6 Plus in the United Kingdom

If you are an user in the UK and want to place your order for the iPhone 6 and 6 Plus, then you can place your order directly at the Apple store  from where you can get a dazzling brand new 16GB iPhone 6 for £539, and a 16GB iPhone 6 Plus £619 without any contract on VAT. Similarly, you have to spend an additional £80 for the 32GB model and an extra £160 for the 128GB model. But if you are a step ahead and is interested to get your device on-contract, then Tesco Mobile in UK brings the opportunity for you. At Tesco Mobile, you can put your hands on the iPhone 6 at £0 down payment and monthly installment of £41 where as the iPhone 6 Plus will cost you £0 down and £45 monthly. The paying structure depends on the plan you choose.

iPhone 6 and 6 Plus in the United States

In the United States, options are many and hence you can choose after selecting your preferred plan. You will obviously find the two devices available at the Apple Store. Apart from that you will also the two devices available in the four US major carriers AT&T, Verizon, T Mobile and Sprint. All have been under contract with Apple to sell the iPhone 6 and 6 Plus and have received orders from consumers. If considered from price point of view, you will get a hooping $199 for the 16GB iPhone 6 and $299 for the 16GB iPhone Plus. But if you want an unlocked iPhone 6, then you have to spend $650 for it and $750 for an unlocked iPhone 6 Plus. Simultaneously, for the 32GB and 128Gb models, you will have to pay a more $100 & &200 respectively on both off-contract and on-contract devices.

Besides, you can also get both the devices at a number of retails stores such as Best Buy, Target ,Walmart, Staples and  Sam’s Club. Even some of the clubs such as Sam’s Club and Best Buy are offering deals on the iPhones. Whilst Best Buy is offering $50 iTunes gift voucher on purchase of iPhone 6 &  6 Plus, Sam’s Club offers the iPhone 6 just from $177 and iPhone 6 Plus from $277. Conversely, Walmart brings the iPhone 6 for you starting from $179 and the iPhone 6 Plus from $279, whereas Target along with Best Buy and Sam’s Club are offering great in-trade deals if you want to sell your old iPhone. All these facilities are available for users living in US.

iPhone 6 and 6 Plus in Germany

iPhone 6 and 6 Plus in Italy

Users from Italy will face little issue in getting the iPhones at hand since no carriers there have still declared to offer the devices on contract. However, they can directly purchase the devices from the Apple Store. For the 16GB iPhone 6 variant they have to keep €729 ready where as it would cost then €829 for the iPhone 6 Plus off-contract.

iPhone 6 and 6 Plus in France

iPhone 6 and 6 Plus in Japan

For the iPhone lovers living in Japan, Apple has fixed ¥67800 for the 16GB iPhone 6 and ¥79800 for the 16GB iPhone 6 Plus model  off-contract at Apple store. But if you are a user living in Japan and is interested for placing your order on contract, then NTT DoCoMo is there to help you. The Carrier is providing iPhone 6 with the beginning price of ¥3078 per month with a two-year contract.

So dear readers! This is not all. This is the info that we have right now with us. Apart, as promised we shall get back to you with more Carriers and EMI options for other countries as soon as we get updates on that. So keep visiting BlogZamana to intensify your search for iPhone 6 and 6 Plus device. You can also put your query via the comment section asking for the availablility options in your region. Just let’s know in which country you live and we shall get back to you with the available purchase options.

The Next Version of Android got ensured, Got named after Android “Lollipop”

Availability Issues with Apple iPhone 6 Plus

Apple all set to launch its First Online Store in India, Will be inaugurated this…