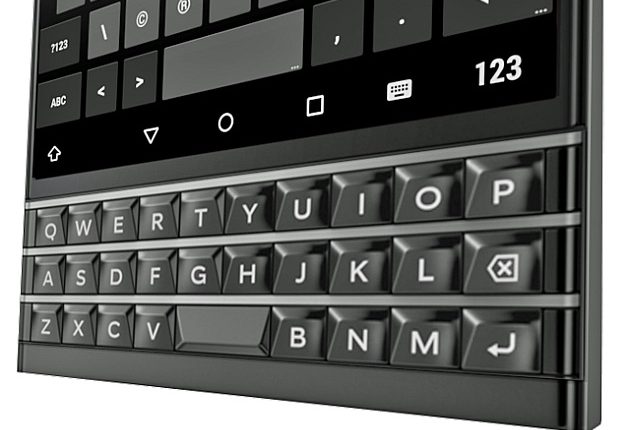 Just a few days ago BlackBerry CEO John Chen cultivated the seed of an Android Smartphone, of course with the condition that if BlackBerry could make it that much secure to release, but since then news started roaming about the forthcoming device of BlackBerry. The forthcoming handset of BlackBerry is news to be named as “Venice” and is assumed to run on the popular Android OS. And the news has become more secured with the leak of few pics recently that seem to be a BlackBerry Passport powered by the Android OS.

Reports let’s know that an Android powered Smartphone named BlackBerry Venice is about to get launched in AT&T for the US based users. The news has been revealed by @evleaks, one of the most trusted tipster that always bag rave reviews for bringing absolutely true leaks. The tweet reads “The Android-powered BlackBerry Venice slider is AT&T-bound,”. However, we don’t have any news if this Smartphone is going to be launched exclusively for the AT&T operator or will be hit the other corners if the globe.

Also @evleaks has released an image that showcases the lower front-half of the handset which looks quite equivalent to that of a Blackberry Passport running the Android OS. The picture seems quite different as it showcases the on-screen Android navigation buttons on multi screen with the back port and both Qwerty and on-screen keypad. So it becomes quite difficult to imagine how the handset will exactly be seen.

Of course we don’t have any exact info on the specs and features of the upcoming device. But what the earlier leaks reveal, the Smartphone is assumed to carry a dual-edge 5.4-inch QHD curved display with 1440×2560 pixels resolution, will be powered by a 1.8GHz hexa-core 64-bit Snapdragon 808 SoC processor, will support 3GB of RAM along with a 18MP Rear and 5MP front camera. But the exact specs will be known once the handset is made to public.

So stay tuned to get further updates on the forthcoming handset of Blackberry.

How to Update Samsung Galaxy Tab A 9.7 Wi-Fi SM-T550 with the latest Official Lollipop Firmware

How to Update Samsung Galaxy S6 with Android 5.0.2 XXU1AOE3 Firmware