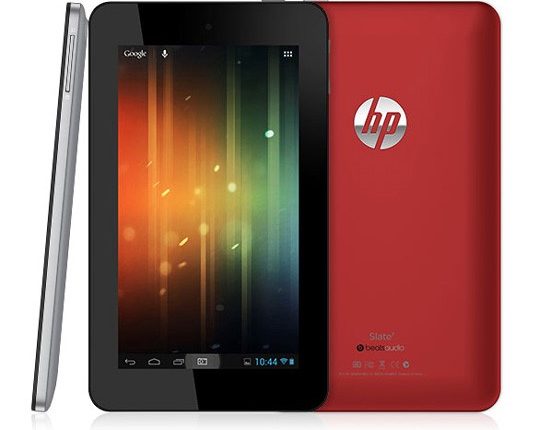 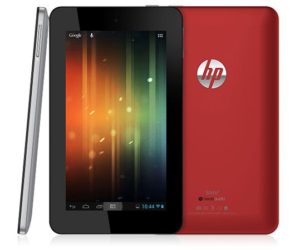 HP recently announced a tablet device called Slate 7 in international market. But overseas reports reveal that the device will start shipping in April. As we all are pre-experienced of HP printing services, hence mustn’t annoy of it’s reimburse. The ePrint feature present in this tab is compatible with the HP printers. There are some other features you can look into.

As the name suggested Slate 7, the device has 7 inch FFS+ LCD touchscreen display with a screen resolution of 1024×600 pixels. The device is ample to meet your entertainment needs, basically the streaming needs. Its 7″ screen provide you with crystal clear visuals and make you have the best visual experience with your device. The device is powered by 1.6 GHz Dual-core Cortex A9 chip set processor with 1GB of RAM which gives a smooth and fast mobile experience. HP claims that its new creation works awesome during day light and angle viewing is superb.

All together the device offers two cameras, one at rear i.e. 3 mega pixels and other is VGA in center. Click pictures and directly print those through HP printer with its ePrint feature. The front camera assists you to go for a videos talk with your nearer and dearer ones and the rear one helps you click the best moments of your life. Apart, the ePrint feature has been setup wirelessly in the device and the app is already loaded in Slate 7. There is 8GB SSD storage which can be expanded by using microSD card. That means now you can store much data as per your need.

For enjoyment, the company has added stereo speakers that allow Beats Audio for extra boom effect. Listen to music or check out videos on Slate 7, the battery will not exhaust rather provide 5 hours of video playback in single charge. After getting all these features, you might be wondering what the device is running on. Well, the device is operated with Android 4.1 Jellybean. With the Jellybean, you get the entire features like photosphere, improved notification, gesture control and many more.

If you are interested, purchase this tablet at $169 from mobile stores or from any internet shopping sites. The HP Slate 7 is not as popular as Nexus 7 or any other 7 inchers’, but trying the new one will help you bring forth the world champion in printing producers.