HTC One M8 Eye available for pre order in China at CNY 3,999 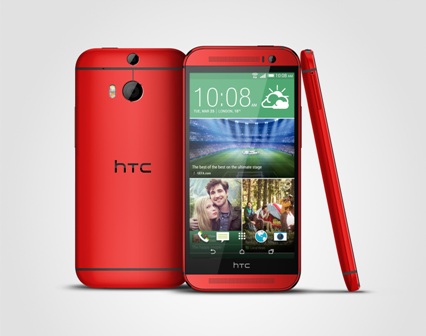 HTC One M8 Eye has been listed on the company’s shopping website site for the customers in China. The HTC One (M8 Eye) is only listed in China and is currently available for pre-order at CNY 3,999 (roughly Rs. 40,000). The official launch of this new One M8 Eye smartphone will be on October 15. There are no big changes in the M8 Eye. You will notice that the 4MP UltraPixel camera that had disappointed many, has been replaced by a 13 megapixel camera. So you will get high resolution images with this smartphone. It is expected that the  One (M8 Eye) will feature new Eye Experience mobile imaging software features  which were released on the HTC Desire Eye. This imaging software will help you take photos and shoot video  by giving voice commands. This software also brings you the Live Makeup feature that helps in picture correction. Users will also get a Face Fusion feature that can be used to cram two faces.  Now, the customers will get Dot View case with every pre-order of the One (M8 Eye).

HTC has not yet revealed the complete specifications of the new smartphone. The One (M8 Eye) is believed to come with identical hardware specifications as in the One M8. The One M8 comes with a 5-inch full-HD display The phone is powered by a 2.5GHz quad-core Qualcomm Snapdragon 801 processor. It comes loaded  with 2GB of RAM and is available in 16GB and 32GB storage options. The storage can be expandable upto 128 GB  via microSD cards . The HTC One (M8) came with Android 4.4.2 KitKat with the Sense 6 UI on top.The phone houses  a 2600mAh battery. The HTC One (M8) has a duo rear camera setup with a 4-UltraPixel camera and a depth sensing camera.  This smartphone also has a 5-megapixel front camera.

HTC has rolled out a new selfie focussed smartphone called the Desire Eye. The HTC Desire EYE will be available across EMEA, Asia and the US starting in the month of October. The HTC Desire Eye sports a 5.2-inch full HD display that gives you a lot of space to workThe Desire eye smartphone is powered by a 2.3 Ghz quad core Snapdragon 801 processor It comes with 2GB of RAM that enables you to complete your task faster. The smartphone offers you 16GB internal storage that can be expandable upto 128GB  via microSD. The smartphone runs Android 4.4 with HTC Sense 6.0 UI. It is a high quality 13MP front camera which comes with dual LED flash. The rear camera is also 13 MP and has got dual LED flash.  The smartphone packs a 2400 mAh battery. Both the front and rear cameras can capture [email protected] video.