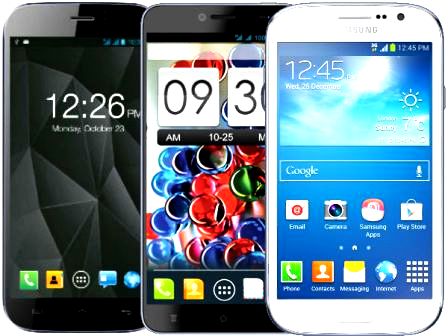 In the previous article, we had listed the top budget smartphones under Rs 10000. In this new article, we bring you the top smartphones in the Price Range Rs 10000 – Rs 15000. The smartphones were launched starting from mid-October 2015 to mid-November 2015

The smartphone boasts a 5.5-inch full HD (1080×1920 pixels) resolution LTPS display. It comes with by 2.5D curved glass and T2X-1 glass protection. The smartphone stays alive by getting the energy from a 3140mAh battery.

The honor 5X adopts a 5.5-inch full-HD (1080×1920 pixels) resolution IPS display . The Honor 5X I stays alive with a 3000mAh battery. The battery is backed by  Quick Charge 3.0 technology which enables you to charge up to 50 percent battery in just 30 minutes.

The Honor 5X smartphone is being offered in two RAM variants – 2GB RAM and 3GB RAM. The Honor 5X handset works on Android 5.1 Lollipop and sports EMUI 3.1 skin on top. It is driven by a 64-bit octa-core Qualcomm Snapdragon 616 SoC (four Cortex-A53 cores at 1.7GHz + four Cortex-A53 cores at 1.2GHz) along with Adreno 405 GPU. The  16GB inbuilt storage on the Honor 5X can be used to store your files . The storage can be expanded upto 128GB via MicroSD card.

The  Asus ZenFone 2 Laser works on the Android 5.0 Lollipop. The smartphone is powered by a mighty Octa core Snapdragon 615 processor, Adreno 405 GPU and 3GB RAM. The storage can be expanded upto a maximum 128Gb via microSD card. It offers 16GB of built-in storage in the device.

The camera features feel the same as in any other smartphone in this price range. It sports a 13-megapixel camera with laser autofocus and Real Tone Flash on the back. It also houses  a 5-megapixel front camera for making video calls. The connectivity featuring in the handset include with 4G LTE support, dual-SIM connectivity, Bluetooth, Wi-Fi, Micro USB and GPS.

THE NEW Philips Sapphire S616 has a 5.5-inch full-HD display with a 1080×1920 pixel screen resolution on the front. There is a 3000mAh battery to serve as the powersource of this smartphone.

It is driven by a 1.3 ghz octa-core MediaTek MT6753 SoC and a Mali-T720 GPU. It comes with 2GB of RAM. On the storage front, the smartphone provides 16GB of inbuilt storage for your files( expandable upto 128GB). The smartphone runs  the Android 5.1OS in its veins.

A 13-megapixel camera makes its presence on the back. The camera comes  with an aperture of f/2.0. For selfie lovers, there is  a 5-megapixel wide-angle camera on the front. placed on the front. The dual-SIM capable handset supports 4G LTE, 3G, Wi-Fi and other standard connectivity options.

The device runs  Android 5.1 Lollipop with Liquid UI on top. The smartphone is powered by a 1.3Ghz  octa-core MediaTek MT6735 processor . The smartphone comes with a monstrous 3GB of RAM, which enables multitasking without any lagging. It offers 32GB of inbuilt storage which can be expandable via Micro SD card.

The Liquid Z630s also sports 8-megapixel camera on the front and on the back. On the connectivity front, it comes equipped with Dual SIM connectivity, Wi-Fi 802.11 b/g/n, 4G LTE, 3G, and Bluetooth 4.0.

The Galaxy On7 is powered by a a quad-core 1.2GHz (Cortex-A53 probably) processor. It also comes with a 1.5GB of RAM. It offers inbuilt storage of 8GB . The handset works on Android 5.1 Lollipop.

There is a 13MP rear camera and a 5MP front camera. The phone supports Wi-fi, 3G, Bluetooth and Micro USB.