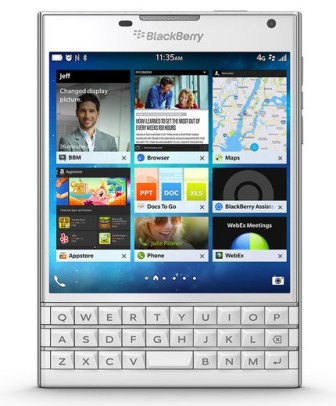 You must be wondering which top smartphone should you go for in this auspicious Festive season in India.  Retailers are luring the customers with many attractive offers . But, do you know which top smartphone is the best having all features the latest  for all your needs and desires ? We have brought you all the latest top smartphones launched in India this season. You can now  go through the features, these Smartphones offer you and decide which suits you the best.

The company had unveiled the Moto X (Gen. 2) globally at an event in India on September 5.Motorola has fixed the price of the smartphone at Rs. 31,999 (16GB), while the wood and leather back panel variants are priced at Rs. 33,999.

Now Control your Moto X with your voice and your tasks get completed.  Users can use simple gestures to respond to your Moto X . The Connectivity features of the new Moto X Gen 2 include 4G LTE, GPS, Wi-Fi 80211.ac, Wi-fi hotspot, Bluetooth 4.0LE and Micro-USB. It is backed by a 2300mAh

The new galaxy phone will sport a 4.7-inch HD Super AMOLED display with 1280 x 720 . The smartphone has a private mode that keeps the personal information secure and hidden in a secret location. It can be accessed by the swipe of your finger only.

It is powered by Exynos 5430 Octa chipset with quad-core 1.8 GHz CPU + quad-core 1.3 GHz CPU. It comes loaded with 2 GB of RAM. It comes with 32 GB of storage space and which  is non expandable. Connectivity features of this Samsung device   include Micro-USB, Bluetooth, NFC, Wi-Fi, GPRS/ EDGE, 3G, and 4G/ LTE. It features a 12MP rear camera and a 2.1MP front camera. The phone runs Android 4.4.4 KitKat out of the box and has TouchWiz UI on the top. This high end smartphone packs  a 1,860 mAh battery

The  Square screen smartphone comes with a 4.5-inch 1440×1440 pixel resolution IPS LCD display having pixel density of 453ppi. The screen gets Gorilla glass 3 protection. It also features a stylish hardware qwerty keyboard with capacitive touch sensitivity. The BlackBerry Passport is the first phone to get the new BlackBerry 10.3  OS .

The BlackBerry Passport features a 2.2 GHz quad-core Snapdragon 801 processor with Adreno 330 GPU. The Passport comes loaded with  3GB of RAM and  32GB of inbuilt storage that can be  expandable upto 128 GB via  microSD card . The stylish smartphone  sports a 13-megapixel rear OIS camera with a BSI sensor and it has also got a 2-megapixel front camera onboard . It packs a huge 3450mAh battery that is credited to deliver up to 30 hours of multi tasking. Connectivity features of the BB Passport include Bluetooth 4.0 LE, Micro-USB + Micro-HDMI via SlimPort, USB OTG, NFC, GPS, DLNA, Glonass, GPRS/ EDGE, 4G LTE , Wi-Fi a/b/g/n/ac, Wi-Fi hotspot and 3G

Sony India has launched the Xperia Z3 series smartphones in India . The new Xperia Z3 sports a 5.2 inches IPS LCD 1080×1920 display with multi touch capabilities. The smartphone is being offered in 16GB/32 GB variants which can be expandable upto 128 GB and it comes with 3 GB of RAM. The phone is powered by 2.5 GHz quad core Qualcomm snapdragon 801 processor.

The Z3 sports 20.7 MP rear camera which comes with a LED flash. It also has a 2 MP front shooter. The phone packs a huge 3100 mAh battery and you can enjoy music non stop upto 130 hrs. The Smartphone will be offered in black, white, green and copper color variants and will be priced at Rs. 51,990