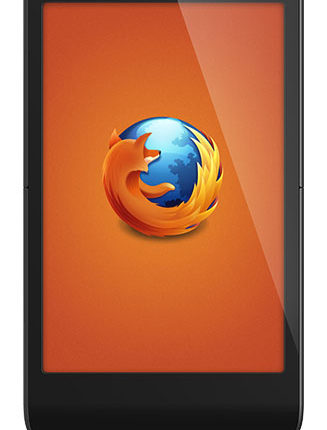 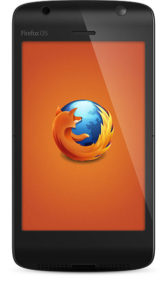 South Korea’s electronics conglomerate, LG Electronics Inc., which has long used Google Inc.’s Android in its smartphones, plans to launch mobile phones by the middle of this year that run on Mozilla’s Firefox operating system.

Firefox OS is a Linux-based open source operating system (similar to Android) for smartphones and tablet computers being developed by Mozilla. It is designed to allow HTML5 applications to communicate directly with the device’s hardware using JavaScript.

The Firefox OS is build over the Linux kernel, similar to Android. The operating system consists of three parts : Gonk,Gecko and Gaia.Gonk consists the heart of the operating system (the kernel) and a userspace hardware abstraction layer (HAL). The kernel and several userspace libraries are borrowed from common open-source projects like the Linux, libusb, BlueZ (linux Bluetooth stack), and Android. Infact, Gonk is basically an extremely simple stripped-down Linux distribution, optimized for mobile architectures. Gecko is the layout engine used in Firefox. In Firefox OS, it functions as the graphics stack and Gaia is the user interface of Firefox OS and implements a lock screen, home screen, telephone dialer, text-messaging application, and camera app. Gaia is developed in HTML, CSS, and JavaScript and interacts with the operating system through Open Web APIs, which are implemented by Gecko. Since it only uses standard web APIs, it can also work on any other OSes and web-browsers. They also have a B2G client running on Firefox. If you wanna experience the look and feel of the new OS, you can get it here. 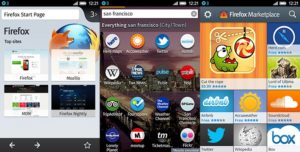 According to official sources, LG plans to launch the phones in Brazil, Colombia, Spain and Venezuela and to expand the launch to Hungary, Mexico, Montenegro, Poland and Serbia during the 3rd quarter or coming year.

LG isn’t alone on plans to roll out Firefox phones. China’s ZTE earlier this year launched ZTE Open that runs on Firefox OS. Huawei Technologies Co. also plans to roll out a Firefox OS powered phone in the second quarter of this year. Alcatel, Geeksphone and many other handset manufactures are also busy developing a Firefox OS powered device. In the meantime, the Japanese electronics giant Sony has also announced to roll out a new series of Xperia devices running Mozilla’s Firefox OS hoping to launch it in somewhat 2014, though Xperia devices have always featured the Google’s Bot.

It’s a bonanza for Mozilla since a lot of manufacturers are getting interested in its OS. Some 17 operators, including América Móvil, China Unicom, Deutsche Telekom, Etisalat, Hutchison Three Group, KDDI, KT, MegaFon, Qtel, SingTel, Smart, Sprint, Telecom Italia Group, Telefónica, Telenor, TMN and VimpelCom have also partnered with Mozilla to get its devices into consumers’ hands.

LG haven’t released any confirmation of the specs yet. But, we expect that the device would feature a processor clocked at somewhat between 800 MHz to 1 GHz with a RAM of about 256 to 512 MB. Firefox OS is a very light weight OS and doesn’t require quite a lot of powerful hardware. Both ZTE’s Open and Alcatel’s One Touch Fire are powered by a Cortex A5 clocked at 1 Ghz and 256 MB. Mozilla hace always demoed their OS on Android-capable devices so, we expect LG’s device will also feature all that an standard Android phone provides. We have got limited information in store, so keep in touch with Blogzamana for more details.

But will Firefox be able to bring a break through? Research firm Strategy Analytics estimates that Firefox OS will capture a 1% share of global smartphone shipments in 2013, citing that the major challenge the platform faces is “a relatively unproven ecosystem experience of supporting apps and services.” Android currently dominates the smartphone platform market—it grabbed a 65% share in 2012, while Apple’s iOS had 20%.

Other handset makers are also looking beyond Android.  LG’s arch-rival Samsung Electronics Co. is busy merging its own platform, Bada, with Tizen, another Linux based system co-developed with Intel Corp.

So, will the fire of the fox burn out the metal of the bot, or the bot will put a casing with a high melting point around itself. What do you think? Let us know with a simple comment.

16 Tips to Save Your Android’s Battery