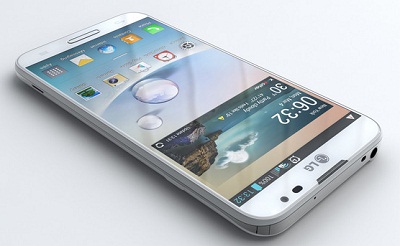 With the impending Mobile World Congress 2014 scheduled to be held in Barcelona in the following month, almost all mobile and Smartphone manufacturers are getting ready to launch their innovative products and in the row front-liner is the Korean manufacturer LG i.e. supposed to debut its next-generation phablet LG G Pro 2 at the event. Prior to this LG had tried its luck in the Smartphone market with the LG Optimus G Pro which but eventually failed to hypnotize the masses.

However, the present report can inevitably be not accepted since it comes from the Korean Publication ET News and hence it’s still a rumor. While the MWC has become one of the most awaited events celebrated February every year, LG’s new product will definitely be welcomed there if the rumor stands true. We call the step welcoming because the device comes enriched with features that the common youth ardently search for in a modern Smartphone. Let’s have a look on the features.

What reveals the Publication; the LG G Pro 2 is going to sport a 6 inch diagonal full HD screen and will run on the Android 4.4 KitKat platform. The device will come powered with a 2.26 GHz Krait 400 processor and will pack a Snapdragon 800 chipset with Aderno 330 GPU. However, the report doesn’t reveal anything about the phone’s other specifications like Camera, storage, battery or network details. But it’s for sure confirmed that the device will support the 4G LTE support and will be compatible with the LTE Advanced networks.

Well, now it’s to be seen if the Smartphone really can have some impact on the present youth mass since the device has been developed with the same motto. But we still crave to take a look on the other specifications of the device. But for that we have to wait still MWC 2014 and you stay connected to us to find further updates on the device.

Nokia’s alleged Android Smartphone to be codenamed as Nokia X!