Nokia’s alleged Android Smartphone to be codenamed as Nokia X! 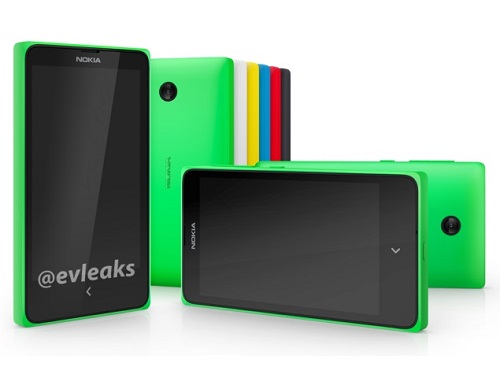 News concerning Nokia’s upcoming unnamed Android Smartphone is making around the corner and several buzz regarding its name hits the web on everyday basis. While we are still confused about the actual name of Nokia’s upcoming Android Smartphone device, in the meantime the popular tipster @evleaks has again taken the task under its control by naming the device as Nokia X. Though nothing has been officially ensured by Nokia, still we can’t ignore the prediction of @evleaks since it’s the most popular and most accurate predictor in the gadget world for making cent percent correct predictions for would-be releasing devices.

It’s just a few days since the tipster @evleaks had posted that the forthcoming Android device from Nokia will be named as Nokia Normandy and hence the news scattered around the web at lightning’s pace making it the most popular news for Smartphone lovers. Even @evleaks had posted a couple of screenshots which it claimed to be of the Nokia Normandy’s UI. But of late the tipster changed its report in the Twitter page mentioning, “Project Normandy = Nokia X.” It’s of course astonishing, still you can’t ignore that fact. However, the recent tweet didn’t mention anything on the specifications and features of the device.

Nokia X2 Announced with Check on All Speculations

But what the primary pictures on the Nokia Normandy concerning its home screen and icons revealed, the Smartphone is supposed to integrate a number of pre-loaded apps such as  apps for dialler, contacts, message, internet, Skype, Twitter, MixRadio, Camera app, Here Maps, Plants Vs. Zombies, Gallery, Facebook, Vine, Calculator, Alarms, Calendar, Music, Downloads, Viber, Radio, Opera and WeChat. In other words you can say that the home screen of Nokia Normandy resembled a lot to the popular and acclaimed Nokia Lumia Windows Phone 8 series devices.

However, all these news making around the web is still rumours since we have no confidential info yet. While the images convey a lot about the so called features and specifications of the device but we still hesitate to claim that everything is accurate. The buzz also confirms that the device will run the BBM app along with WiFi and dual SIMs. The previous leak from @evleaks also claimed that the device will be made available in multiple colors such as Black, White, Green & Yellow. But the real facts are yet to hit the floors. So, keep visiting to  get further updates on the dream device from Nokia.

Nokia 3.2 launched in India, Know the Price and Launch Offers

Nokia X2 Announced with Check on All Speculations