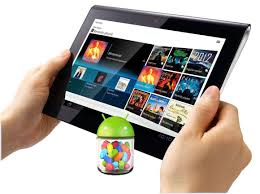 Samsung tablets are well known because of its various ranges. It comes from all sort of prices to features and specifications. In same way the rooting and firmware updates are out more on them only because . Sony has got two tablets in its bag S and P. If you owe Sony tablet S then here is the tutorial to apply the update on Sony tablet S of Jellybean 4.1.2 Firmware. Jellybean os contains lots of features like photosphere, new notification control, new Gmail, Calendar etc.  This update is gonna be a lot easier than outer firmware updates. It is a click installation method of latest firmware. The entire procedure is noted below and before reading it gives thanks to the creator, xda developer. Without them we could not have got more out of our gadgets.

Caution: We are very much thankful to custom ROMs which are available for device to get which are not officially available. Here the update of Jellybean 4.1.2 on Sony table S is actually be done by flashing custom ROM on it. As per the user needs, the official update is still not announced for the device but who cares, when custom ROMs are there. But this require root access to make use of the update.

However, it is very much necessary to root the Sony Tablet S before updating. Since, it’s not the official one, so root the device and then apply. But, we all know rooting the devices losses its warranty and if you are well with it then go for it.

Well done, your Sony Tablet S is now upgraded with Jellybean 4.1.2. Check the firmware details from settings> about tablet and scroll down and have a look at the details mentioned.

How to Update Galaxy Nexus I9250 with Official Jellybean 4.2.2 JDQ39 Build