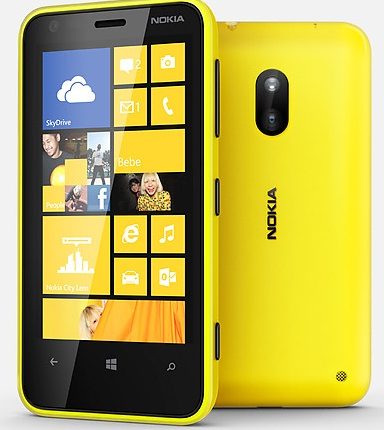 You must have been in the news that Nokia Lumia 520 and Lumia 720 have already hit the UK retailers. However, things look pretty similar for the Indian retailers too. The latest news is that the Nokia Lumia 620 is ready for pre-order at Rs. 15, 199 in India. Best part of the news is that it’s speculated to be delivered by second week of March as slated on Flipkart. Anyway, the device was announced much earlier. Let’s have a look on its specifications.

A slight look on the device Nokia Lumia 620 convey that the device has been featured with a 3.8-inch WVGA LCD display that gives you visuals with clarity. The product packs a 5-megapixel main-end camera which assists you to snap bright visuals with lucidity, even from a distance. The device features the Adreno 305 graphics processor unit which provides you an enhanced graphical experience.

It supports 8GB native storage space. So it gives you ample space to save your visuals and music. If you want more space you can also expand it using the microSD card slot. It’s here to mention that Lumia 620 is the first unibody smartphone that comes with the microSD card slot expansion of up to 64GB. So, it’s definitely a good Smartphone for saving your needy data.

The Lumia 620 also holds the credit to become the only budget smartphone device that plays Microsoft’s latest operating system  Windows Phone 8. It has been provided with a 1300 mAh battery to power the product that provides a talk time of up to 15 hours (2G). The device is available in 5 color variants white, black, cyan, green and magenta. You can choose the one that best supports your personality.

We must remind you here that Nokia had put the wraps off from its Windows Phone 8 based smartphone Lumia 620 in December last year. Now, it’s up to you to decide if you bag one of it or wait for the Lumia 720 and Lumia 520 on the way.