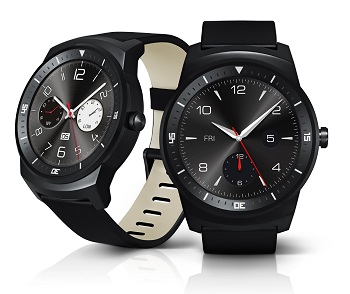 Hello readers! You must wonder is it true! Yes it is. Because it’s a news from the official source, so we can’t ignore it. We do talk of the LG G Watch R smart Google wear which was the initial attempt by LG to step into the race of the global Android wear mania. The Smartwatch was introduced in the market by the South Korean manufacturer in 2014. The Smartwatch was made available in the Google Play Store for sell and the same trend is also now followed to sell the Smartwatch with cut off prices but at the same Play Store.

Because it’s already a year since release of the LG G Watch R and many new android wear devices have already got through the market, so LG has decided to sell the LG Watch R at a discounted price of $50. In that way, while the Smart wear previous cost you $349, now it will cost you $249. But no way you will find the said device less in specs and features in comparison to the after released android wears such as Huawei Watch, LG G Watch Urbane, or ASUS Zenwatch 2. So let’s take a look on the specs and features of the device.

The LG G Watch R boasts of a 1.3-inch Full Circle P-OLED display with 320 x 320 pixels resolution ans is powered by a quad-core Snapdragon 400 processor at 1.2 GHz. The Smart wear supports 215MB RAM with 4 GB of built-in storage and measures 46.4 x 53.6 x 9.7 mm with a weight of 62 grams. Besides, it also features a Barometer, Heart monitor, Bluetooth 4.0, a 410mAh battery and above all is water and dust resistant with IP67 rating. And after the latest firmware update, the LG G Watch R also supports the WiFi connectivity. Besides it’s up-gradable to a number of forthcoming updates.

So what you think guys? Do you like the design of this LG G Watch R Android wear? If yes, then you can order one now after visiting the gadgets section of the Google Play store.