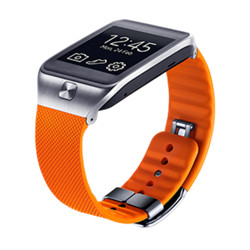 Samsung has started rolling the latest Android 2.2.1.2 Official firmware update for its Galaxy Gear Neo dvice in Korea for different carriers such as KT Corporation, LG Uplus & SK Telecome. The firmware carries the build name R381XXU0BOA2 and is liable to bring few changes in the user interface and operations. Anyways, the changes you can experience after updating your device to the next level, but for the time it’s important to flash the new firmware in your Smartphone.

Now question arises, how to do that? Very simple. I am here to guide you through the steps. The update method is called manual update about which I am gonna discuss here. The manual update method is to be materialized via Odin, Samsung’s own application software to flash new firmwares to your device. Anyways, before starting the update you need to read and understand the whole procedure properly. So take a keen look on the complete  procedure.

Caution: Though it’s an official update, silly mistakes made by you can affect your device. It’s great to take the responsibility of any damage by yourself. There is no such guarantee that the information will work 100 percent. In case of any problem, we will definitely help you to overcome. But remember, flashing is your own responsibility. BlogZamana will not remain responsible any way for any concerns caused due to the update.

Congratulations, you have now successfully learned the process to flash the Android 2.2.1.2 Official firmware update on your Samsung Galaxy Gear Neo SM-R381. In case of any difficulties, hesitate not to inform me in the comment section. If you want to get more updates on custom ROMs or firmware updates, then do not forget to visit our site BlogZmana. Leave a comment if you have any doubt.