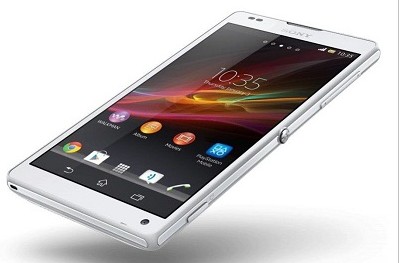 Sony, one of the largest mobile manufacturers of the world is going to unveil a new Android Smartphone this Summer to the gadget market from its Xperia series called Sony Xperia C670X.  The Smartphone is said to be the successor to the Xperia Z (C660X).

As per the revelations of Xperia Blog, the device is supposed to sport a 4.8 inch HD display with a resolution of 1080 X 1920 pixels. Due to its enlarged screen, the device will give you crystal clear visuals and you can have a very good time with it. The device will be powered by a Qualcomm Snapdragon 600 chip along with a 1.8GHz quad-core processor and Adreno 320 graphics to make your mobile experience all the way smarter and faster.

To provide you ample storage space, the Smartphone will feature 2 GB RAM and 32GB internal storage space. Most significant feature of the Smartphone is that it will run on Android 4.2 Jelly bean OS which will allow you to enter the Google Play store and download as many applications as you can. Apart, the device features a 13 Mega Pixel Exmor RS camera (4128 x 3096 pixels) which will assist you to imprison the best moments of your life.

Reports convey that the device will resemble Xperia Z in terms of placement of its front camera, earphone and sensors.  Among other features, the device will sport a front 2.2 MP camera which will assist you for video chatting with your dear ones. The light censor and proximity sensor of the phone is said to be placed at its top side.

Well, the information provided here might differ from the original look of the handset at the time of its release. While Sony is suspected to be building some more phones of the Xperia Z series, we hope it will definitely try to make them dynamic with powerfull processors, Battery and RAM.

For the time being, Sony is going to launch Xperia Z on March 6 in India and we think perhaps the Xperia C670X will be the next device to hit the markets from Sony’s end. So, keep conncted to us to get the latest revelation.