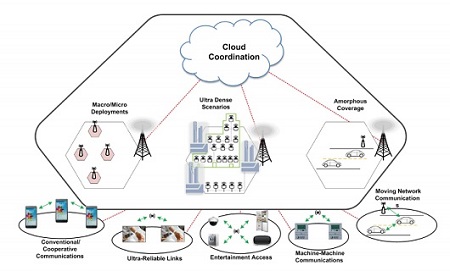 ZTE Corporation, a prime player of the telecommunications, enterprise and consumer technology solutions for Mobile Internet just of late demonstrated the wireless virtual reality (VR) services at the national 12th Five-Year Plan Technological Innovation Achievement Exhibition. The Axon 7 smartphone was used for this demonstration on a Pre5G massive multiple-input multiple-output (MIMO) base station based on the 5G tagging technology.

As stated by the the chief wireless engineer of ZTE, Zhu Fusheng, this was the world’s first real-time wireless VR service demonstration based on the 5G technology, a milestone marking the advent of the mobile Internet+ era, fully preparing VR services to enter into people’s everyday environment.

Unlike traditional VR service demonstrations, ZTE during this exhibition provided customers with VR glasses that do not have a physical data cable attached, as customers could be connected into the on-site Pre5G wireless network through their wireless terminals. This system guarantees high bandwidth, low delay, and high mobility of VR services, and thus embraces the VR/augmented reality (AR) era before mainstream adoption takes off.

Based on the theme of innovation driving development and science and technology leading the future, the national 12th Five-Year Plan Technological Innovation Achievement Exhibition focuses on demonstrating the achievements of major strategies during the 12th Five-Year Plan period, such as scientific and technological innovations driving development, 2025 Made in China, Internet+, or public entrepreneurship and innovation.

With the rapid growth of mobile Internet services, VR services continue to be popular and gradually become a replacement for mobile broadband applications. The disadvantage being that VR services impose harsh requirements upon the bandwidth and delay. To achieve a perfect VR experience, the terminal rate must be at least 60 Mbps and the service delay must be lower than 20 ms. This is because the perspective of VR services is far greater than that of mobile phones, the resolution is higher, and binocular visions are three-dimensional.

Thus, VR services must be supported by a ubiquitous network with an ultra-broad bandwidth, zero waiting time, and excellence overall experience. ZTE’s Pre5G massive MIMO solution applies in advance some key 5G technologies to 4G commercial networks, maximally utilising potentials of the 20 M bandwidth, achieving a peak rate of 400 Mbps or higher in commercial networks, and improving the 4G network spectrum efficiency by four to six times. In addition, this solution is compatible with existing terminals so that 4G users can enjoy 5G-similar access experience without changing terminals, and is therefore a perfect bearer of HD videos and mobile VR services.

In the aspect of hardware product platforms, the Pre5G Massive MIMO solution also supports various cutting-edge technologies, including mobile Internet of Things and VR, which brings more possibilities for the development of the mobile industry.