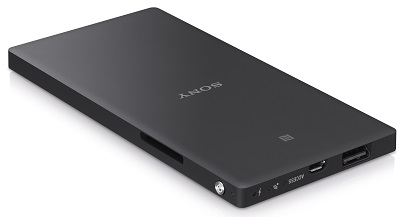 Sony has  launched the Xperia A4 for the Japanese carrier NTT Docomo. The Xperia A4 (SO-04G) will be offered in Grey, Pink, Blue and White colours. It is currently available for pre-orders via NTT Docomo and will begin shipping in mid-June.  The pricing details have not been  revealed for this smartphone. Also, there is no official report on the Global availability.

The Sony Xperia A4 sports a 4.6-inch HD (720×1280 pixels) Triluminos display with X-Reality engine. The Xperia A4 gets IP65/IP68 ratings for dust-proof and waterproof certification. The smartphone has dimensions 128x66x9.1mm and weigh 129 grams.  It has got sensors like Proximity sensor, Accelerometer, Ambient light sensor and Gyroscope.

It features a 2.5GHz quad-core Qualcomm Snapdragon 801 SoC with Adreno 330 GPU and comes with 2GB of RAM. The  Xperia A4 runs Android 5.0 Lollipop out-of-the-box. The Sony device offers internal storage of 16GB, which can be expanded upto 128GB via microSD card. It is a single SIM supporting device.

Coming to  the camera part of the Sony Xperia A4, we all know that Sony mobiles come with great camera. This device comes with a high quality  20.7-megapixel rear camera with LED flash and Exmor RS sensor . For selfie generation, the handset  has a 2.2-megapixel front facing camera. The device is backed  by a 2600mAh battery. Now, speaking on the Connectivity options, the Sony Xperia A4 features 3G, 4G LTE,  Wi-Fi, FM radio with RDS, Bluetooth 4.0, GPRS/ EDGE, A-GPS, 3.5mm audio jack, and Micro-USB.