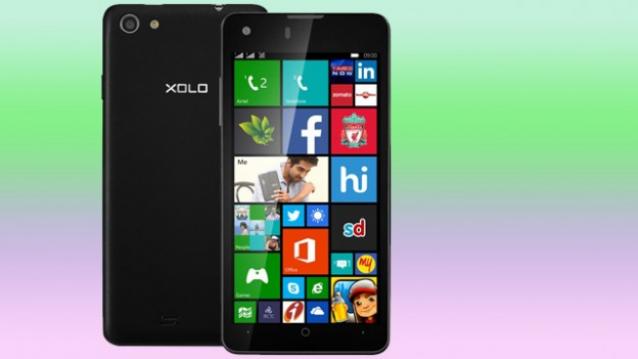 Xolo has launched a new Windows Phone-based smartphone called the Xolo Win 1000. It is priced at Rs. 8,499. The Win Q1000 can be seen  listed on the company site. There are no  details about the global rollout of this device. The Xolo Win 1000 will be made available in White, Black and Green colour variants.

The smartphone give a pretty decent performance. It is powered by a 1.2Ghz  quad-core Qualcomm Snapdragon 200 processor . The graphics requirement is catered by adreno 302 GPU . The smartphone is equipped with 1GB of RAM . The handset offers inbuilt 8GB storage  that can be expanded  upto 32 GB via microSD card . The handset runs Windows Phone 8.1-based smartphone . There are no details yet about whether the phone would receive the Windows 10.  The Xolo Win Q1000 comes with MS Office apps pre-installed

Listed on the company website, the Xolo Win Q1000 features a large  8-megapixel rear camera with PureCel sensor, f/2.0 aperture and LED flash . There is also a 2-megapixel front-facing camera for selfie lovers.. The connectivity features of the smartphone include Bluetooth 4.0, A-GPS, , Wi-Fi, WLAN and USB. The Win Q1000 houses a big 2200mAh battery, which according to the company can deliver up to 12 hours of talk time and 500 hours of standby time on 3G connectivity.

Xolo had previously launched Win Q900s, which is Windows 8.1 based smartphone.  This smartphone features 4.7 inches screen with a  resolution of 720pixels. The display is also protected with Dragon Trail Glass protection that makes the display more shock-resistant and scratch- proof. Xolo  WIN Q900s. It runs on Windows 8.1 and packs in 1GB RAM as well as It is powered by  1.2 GHz Qualcomm Snapdragon processor coupled with 1 GB RAM The smartphone offers 8GB internal memory that can be expandable upto 32GB . It comes with pre-loaded  apps include Microsoft Office, Kindle, Skype and One Drive. Xolo WIN Q900s supports connectivity features like WiFi, Bluetooth, GPS and 3G. It comes with 8 megapixel rear camera and 2 megapixel front shooter. The handset is backed by an 1800 mAh battery.