Meizu unveils M2 in China, Scheduled to hit the Floors on July 28th 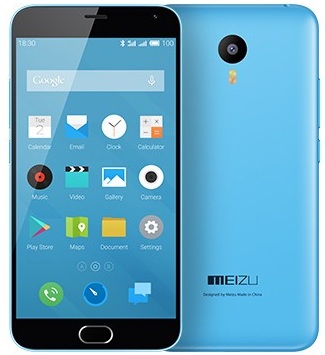 Meizu, the Chinese mobile and smartphone manufacturer is all set to make it’s new Smartphone the Meizu M2 to Public. The Smartphone was prior been approved by TENAA regulatory agency and now it’s in news to hit the floors on this July 28th. The Meizu M2 is told to be the proud successor of the Meizu M1 smartphone. Though there was rumors all around on the supposed specs and features of the Meizu before but now we have got a more brief and accurate details on the same. Let’s have a look.

Beginning with the display, the Meizu M2 supports a 5″ 720p display with 1280 x 720 pixels resolution and is powered by a MediaTek’s MT6735 64-bit octa-core processor running at 1.3GHz. The Smartphone runs on the out-of-the-box Android 5.0 Lollipop Operating System with Meizu’s Flyme OS on top and supports 2GB of RAM. Also it has 16GB internal storage space. Of course we don’t have any info on the extended memory facility. But we assume it might be up to 32GB or 64GB.

For capturing superior pics, the Meizu M2 13MP rear camera and a 5MP front facing cam for taking selfies. The Meizu M2 is also supported by 4G LTE for enhanced connectivity. So it’a must that you will get all other connectivity options such as 3G, WiFi, Bluetooth, USB etc. From exterior look, you will find the handset equally glossy like to its previous model. But we don’t have any info on the color variants. But what’s seen from the images, the Smartphone will initially be available in glossy while color.

Nothing has been reveled at present about the battery of the device. But the previous leaks confirm that the Smartphone will pack a 2700mAh battery. Since the device is specifically meant for the Chinese market now so it’s price in China will range between 599 or 699 Yuan.

To get further updates on the specs and features of the Meizu M2, keep visiting BlogZamana. You shall make you updated on the details once the device reaches the Chinese market.